In a recent post we looked at an introduction to the study of covenants, or what is commonly called Covenant Theology.  In that post we mentioned that views and opinions on Covenant Theology have been widespread and numerous throughout church history, most significantly in more recent times.  In this post, we’ll look at a little more background to its historical development through its key proponents to establish the historical validity of covenant theology as a biblical expression of redemptive history to help better wrap our minds around the concept of covenants.[1]

In providing a historical survey, my hope is that it will be shown how much of the views that dominate present evangelicalism are in fact a departure from the more historical views held by the church throughout her history and are the development of modern inventions, influenced by either liberalism or dispensationalism, that have become embraced as the excepted norm rather than questioned as to their validity.

In beginning, perhaps it would be an unfair angle to take by saying the doctrinal development of covenant theology begins in Scripture as God unfolds His plan of redemption to man via covenants, as I’m sure all alternate views would claim a similar origin.  Avoiding that argument, as well as any incipient thought on covenants that may have been present in the early Church Fathers (though certainly Augustine would be an early champion), our focus brings us squarely to the time of the Protestant Reformation of the 16th Century.  Additionally, as we’ll see in a future post on the definition of covenants, the concept of covenants was alive and well in the Ancient Near East and was employed between numerous secular states and kings.  However, as it relates to God’s plan of redemption unfolded throughout Scripture, covenant theology, as with many other mature doctrinal positions, owes its development to the Reformation.

While re-hashing this monumental event is certainly outside the scope of a brief history on covenants, it should be noted that through the protest from Catholicism, the early Protestant Church began the seeds of developing a robust understanding of the covenants to help define their views on Church membership, baptism, the Lord’s Supper, separation between Church and State, etc.  Principally, our overview of covenant theology begins in this period with the Father of the Reformation himself, Martin Luther.

In Martin Luther’s objections against the Catholic Church, we begin to see the formulation of clear distinctions between law and gospel, which really lay at the heart of covenant theology.  In formulating the early Reformers understanding of justification by faith alone, as opposed to the Catholic notion of justification by works, Luther realized that undue attention had been given to the law/gospel discussion.  R. Scott Clark summarizes Luther’s thought, “The law demands perfect obedience, and the gospel announces Christ’s perfect obedience to that law, his death and his resurrection for his people.”[2] This statement can only be further defined and defended by understanding the biblical covenants, specifically the relationship between the Old and the New or the Covenant of Works and Covenant of Grace (to be further defined later).

While there were other lesser known figures that were advancing some of these early thoughts on covenants, such as Swiss Reformed theologian Johannes Oecolampadius (1482–1531) and Heinrich Bullinger (1504–75)[3], it was through John Calvin (1509–1564) that covenant theology found its fullest treatment.  Through the publication of his Institutes of Christian Religion and to a lesser extent his commentaries on the Bible, Calvin laid the groundwork for the development of covenant theology, albeit from a paedobaptist perspective; more on that in a moment.

Advancing from Calvin, we find “two of the most important Reformed covenant theologians of the late sixteenth century were the chief authors of the Heidelberg Catechism (1563), Zacharias Ursinus (1534–1583) and Caspar Olevianus (1536–1587)”[4]. Clark again offers a helpful summary of their thought:

These covenant terms may be unfamiliar for now, but as we progress on our journey of unfolding the biblical covenants, we’ll take the time to define and defend each.

As covenant thought advanced into the 17th Century, with the height of Puritanism underway, we find expressions of covenant theology in many of their writings. This is especially true in such prominent Puritans as William Perkins and William Ames. Perhaps the more well-known of the two is Ames through his work, The Marrow of Divinity. As an aside, this publication by Ames was the “basic instruction manual at Harvard” during the colonial period and was “long considered to be the best summary of Calvinist theology.”[5] Other notable Puritan writers who published expressions on the covenants were John Ball (1585-1640), Peter Bulkeley (1583-1659), Thomas Blake (1597-1657), Samuel Petto (1642-1711), Francis Turretin (1623-1687)[6], Johannes Cocceius (1609–1669), and perhaps the author of the most significant work on paedobaptist covenant theology, Herman Witsius (1636-1708).[7]

Prominent among the Puritans was John Owen, whose commentary on Hebrews contains a developed, mature thinking on the covenants. While his exposition on Hebrews 8 has garnered much attention recently, his efforts to address the covenants throughout his commentary should not go unnoticed, particularly when he comments on Hebrews 6 and 7 as well as several of the articles in the commentary’s “Preliminary Exercitations”. As we’ll see later, Owen’s thoughts on the covenants were more closely aligned with the Baptist understanding of continuity/discontinuity between Old and New Covenants, though he remained a paedobaptist[8]; perhaps lending itself to the notion that had the Puritans more time to develop their thoughts and distance themselves from Rome, the more likely their departure from paedobaptism. With Owen, we arrive at those who were instrumental in the formulation of the Westminster Confession of Faith, published in 1646 which served to solidify the paedobaptist understanding of covenants.

To this point in our historical survey, much of the focus has been on the development of covenant theology from the paedobaptist or Presbyterian perspective. This is understandable given the climate of Roman Catholicism from which the Reformers had split, though clearly some influence remained. Unfortunately, until some more recent publications, much of the Baptist influence during this same time period has gone unnoticed and this has unfairly served to create a migration away from covenant theology in more modern times, especially among Baptists. While not as well-known because of the lack of preserved historical documents and publications, these early Baptists formulated well their own understanding of covenant theology and were by no means considered inferior theologians. Some of the more prominent Baptists who wrote concerning covenants were: John Spilsbury (1598-1668), Henry Lawrence (1600-1664), Thomas Patient (?-1666), John Bunyan (1628-1688), Edward Hutchinson (?), Nehemiah Coxe (?-1688), Thomas Grantham (?-16920, and Benjamin Keach (1640-1704).

Among these early Baptist theologians who were expressing their own version of Covenant Theology specifically written to counter the notion of infant baptism were Spilsbury and most notably Nehemiah Coxe. Not only did Coxe formulate an understanding of the Abrahamic Covenant that was defining for the historical Baptist expression of covenants and defense of believer’s baptism, but he was likely the chief architect of the 1689 Second London Baptist Confession. The parallels of this confession with the Westminster Confession have been well documented, but it is in their differences among the chapters that articulate the views of covenants where the 1689 shines brightest for Baptist history.

With this brief overview of the Baptists, this brings our timeline up through the 17th and into the 18th century where much of the diversity in covenant thought begins to rear its head. For now, it should be clearly stated that from the early Reformation into the late 18th century, covenant theology was the dominant view and expression among Christian thought. Though distinctions remained between paedobaptists and Baptists, the development of additional views was largely non-existent and covenant theology remained the dominant explanation for God’s unfolding plan of redemption. However, this would not remain the case going into the subsequent century. It’s on this point that we will pick up our overview of covenant history next time.

Understanding that the roots of covenant theology spring from the mountains of the Reformation may not appear significant to everyone. To reiterate, this is not to say that covenant theology had no place whatsoever in the minds of the early church fathers through the medieval period, only that through the Reformation these thoughts became more developed and organized. Like a daisy (or tulip) from a dung pile, covenant theology’s mature development from medieval Catholicism cannot be understated.  The issues over which the Reformers were protesting had at their foundation a proper understanding and application of covenant theology.  From there, the Baptists “protested” further in defining their own understanding of Church membership and who could/could not be baptized.  For many, this portion of the discussion that includes Baptists has gone unnoticed and consequently many have come to view covenant theology as equivalent to paedobaptism.  Perhaps this explains the devolution in thought from early Reformed Baptist Covenant Theology to many of the variations of views that have migrated over and over throughout the last two centuries. Lord willing, we will examine some of these next time.

[1] Please note this is not an attempt to provide a comprehensive history of covenant theology, nor is it meant to be a comprehensive history of Baptists. There are fuller treatments on both subjects available by men who are much more informed than I am. Perhaps this link will be of interest for Baptist history: http://www.reformedreader.org/history/timeline/17thcentury.htm

[6] It should be noted that Turretin was neither British, nor Puritan in the classic sense of the word.

[8] It should be noted that Owen wrote a paper on the defense of infant baptism but never published it during his lifetime. 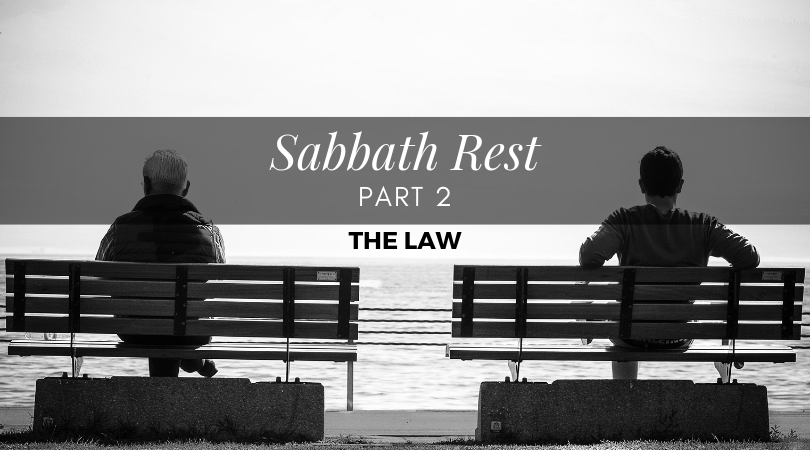 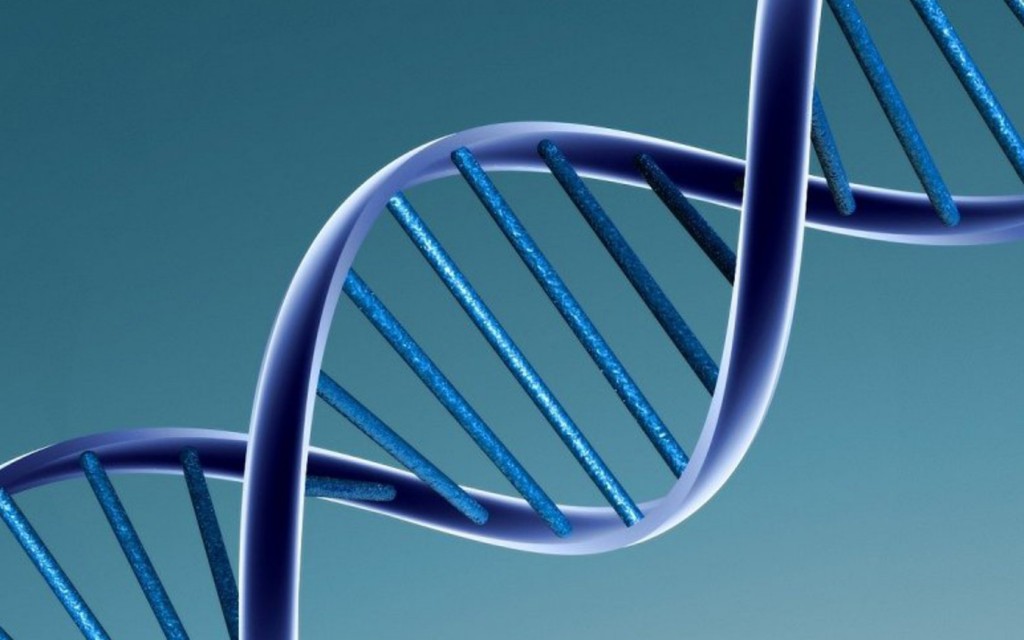 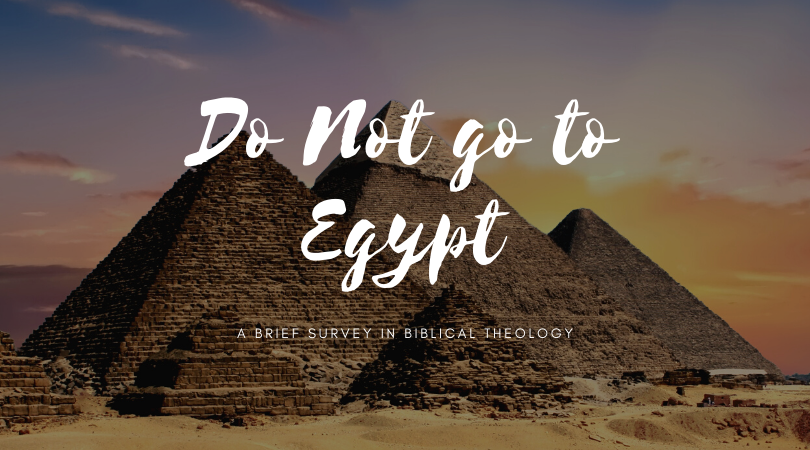