I don’t know if it’s coincidental to the start of school or if it’s a calculated effort, but it seems that the blogosphere and news links over the past week or so have been filled with stories concerning evolution.  I’ve shared a few of them below.

Students Encouraged to challenge Evolution – I can’t fully endorse the website so if you search do so with discernment, but this link has a good story about encouraging students to challenge evolutionary teachings.  Included is a list of 15 questions for students to ask, which evolutionary biologists have no answer to.

Free offer, this week only!! 6 Days & The Eisegesis Problem. –  This video is free to download from Answers in Genesis, this week only though.  I’ve yet to watch it all the way through, but it’s sure to be helpful.  It’s normally $7.99.

Adam and Eve Controversy Heats Up – Dr. Albert Mohler discusses the importance and urgency of defending a historical Adam and Eve.  He asks, “How are we to understand the Bible’s story, if we can have no confidence that we know how it even begins?” and “If we do not know how the story of the Gospel begins, then we do not know what that story means. Make no mistake: a false start to the story produces a false grasp of the Gospel.”

Below is the report from NPR that he references and argues against.  I’ve said publically before, when you open the door and allow the evil of evolution in, be it through divine origin or big bang or whatever, other pieces of the Bible can then be picked off.

What Should we teach about Creation? – This article is a transcript from a John Piper interview given a year or so ago and I think it highlights a disturbing trend among evangelicals, namely their open acceptance of an “old-earth”.  Here we can read of Piper’s belief that God created the earth and a literal Adam and Eve, but likewise his acceptance of an earth that is billions of years old.  His position, which he attributes to John Sailhamer, can be refuted here: http://creation.com/unbinding-the-rules

Beyond Adam and Eve – Just another example of the mainstream media attacking the historicity of the Bible and its plain truths of a literal Adam and Eve.  For a refutation of this non-sense published by David Lose of the Huffington Post, see the Albert Mohler article above.  Lose simply lacks any understanding of biblical theology, let alone the redemptive narrative that runs from Genesis to Revelation.  On second thought, don’t read the article, just chalk it up as another attack on the Word of God.

Finally, with all of these debates and attacks on the Bible, a refreshing video of a 10-year old Brazilian singer who shines on Michael W. Smith’s Agnus Dei. Holy is the Lord God Almighty!

Isaiah 40:15a “Behold, the nations are like a drop from a bucket, and are accounted as the dust on the scales.” 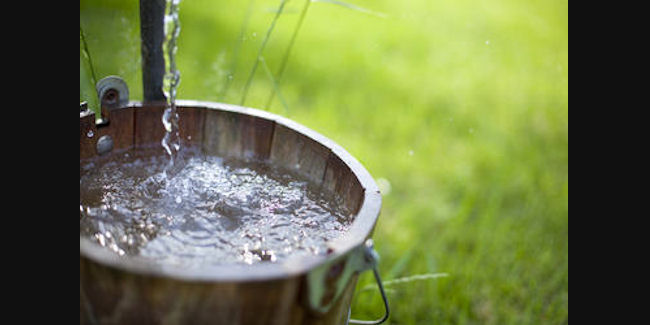