Is there ever a time when it’s okay to compromise your beliefs and values?  I say unequivocally no and when it’s phrased that way you’d probably agree.  Why then is it so common place?  Why do so many people claim Christianity, yet not only contradict their own personal values, but more importantly those outlined by the Bible.  How is it that so many people are persuaded to do so?  Is it merely to appear “politically correct” and to fit in with society’s worldview?  Or is there a deeper issue involved, such as failing to understand and apply rightly the Word of God?

We’ve seen such examples with supposed Christians openly supporting gay marriages, pro-choice abortion, not advocating for abstinence, etc, each of which is inconsistent with Christianity and contradictory to the Word of God.

Jesus says in Luke 6:43-44, “For no good tree bears bad fruit, nor again does a bad tree bear good fruit, for each tree is known by its own fruit. For figs are not gathered from thornbushes, nor are grapes picked from a bramble bush.”  There’s a clear distinction here, either you’re a good tree and produce evidence of such, or a bad tree and likewise evidence of that will show.  Jesus goes on in the verses that follow to condemn the Pharisees for their duality and provides the following as insight into those whose words compromise their beliefs, “for out of the abundance of the heart his mouth speaks.“ Luke 6:45

It becomes easy to negotiate one’s values when the Word of God is not hidden in our hearts, instead compromise ensues when our hearts are selfish or filled with worldliness. “I have stored up your word in my heart, that I might not sin against you.” Psalm 119:11

Probably one of the best known biblical examples of standing up in the face of compromise is that of Daniel.  In fact, I firmly believe that the agendas taking place in our country now are soon to result in Christians experiencing the same trials as Daniel.  Daniel was such an exemplary citizen that administrators at that time tried to find fault with him.  Having been unable to do so they concluded, “We will never find any basis for charges against this man Daniel unless it has something to do with the law of his God.” Daniel 6:5  They went to the king and urged him to declare that anyone caught praying to any god or any man, other than the king, over a thirty day period should be thrown into the lion’s den.  Daniel, being a man of God, was caught praying, during one of his 3 daily praying sessions.  As a result of his decree, the king had no choice but to throw Daniel into the lion’s den for his disobedience to societal law.  But what we have to understand is that even the laws of society do not outweigh the laws of God.  Because of his faith in God, Daniel was not harmed by the lions.  Daniel refused to compromise his beliefs and stood strong on his foundation in the Lord.

Are you (or am I) like Daniel or like so many people who waffle and waiver in the wind, scared to take a stand for what’s right, for fear of offending or appearing controversial.  It is never wrong to stand up for your beliefs in the Bible, never.  In light of the homosexual agenda and the overwhelming societal outcry against the sanctity of marriage, combined with the soon to be legislated hate speech laws (perhaps targeting those that speak out against issues like homosexuality), we’ve seen evidence of Christians being placed in situations more and more like Daniel.  Will you yield to demands of those around you and compromise your beliefs as a matter of convenience?  Or will you stand strong on your foundation in God, even to the point of death?

“Do not be conformed to this world, but be transformed by the renewal of your mind, that by testing you may discern what is the will of God, what is good and acceptable and perfect.” Romans 12:2 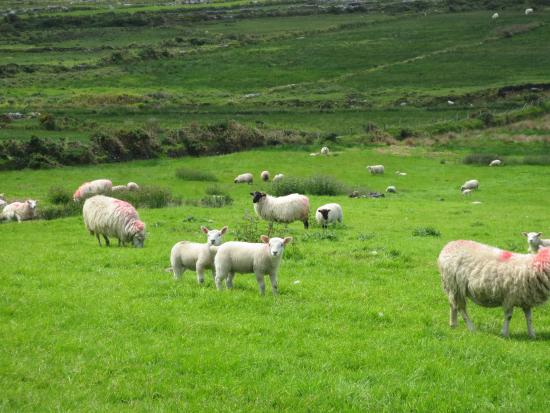