As we have been progressing through the Book of Acts, with a particular focus on examining the evangelical response to the pandemic (?), we have arrived at our final section, what happens when believers gather together? In addressing this, we have now made observations up through Acts 6 in our first two posts. Arriving at this significant passage, which offers overlap between the who and what of Christian gatherings, it has necessitated a brief excursus to examine the nature of Christian service, along with examining specifically who deacons are and what do they do. We have briefly encountered this passage in two of our previous posts: The Pros – Part 1 and The Gathering – Part 2 but here we want to look especially at the deaconing aspect of it as well as the development of deacon (or servant/minister) in Scripture.

Acts 6:1-4, cited below, is a passage often used as a proof text for the origination of Christian deacons and the foundation of their office alongside, or sometimes under, that of elders. However, finding consensus at present or throughout history on the function of deacons is rather difficult. Particularly in the light of our series here, we want to explore the possible origin of deacons and determine, as we did with elders, whether their presence is necessary for a gathering of believers to be considered legitimate.

Now in these days when the disciples were increasing in number, a complaint by the Hellenists arose against the Hebrews because their widows were being neglected in the daily distribution. 2 And the twelve summoned the full number of the disciples and said, “It is not right that we should give up preaching the word of God to serve tables. 3 Therefore, brothers, pick out from among you seven men of good repute, full of the Spirit and of wisdom, whom we will appoint to this duty. 4 But we will devote ourselves to prayer and to the ministry of the word.”Acts 6:1-4

In the passage from Acts 6, as we noted earlier in our series, an issue arose among the early believers over the daily distribution to the Hellenist widows, that is the Greek speaking Jewish widows. In being made of aware of this, the apostles tasked the “full number of disciples” with putting forth “seven men of good repute, full of the Spirit and of wisdom, whom we will appoint to this duty.” Acts 6:3 This has often been viewed as the inauguration of the office of deacon, though the word for deacon is not used here. We ought to note, obviously, that Acts 6 comes after several occasions where gatherings of believers took place, and legitimately so, before any need arose that necessitated the appointment of these seven men.

Deacon is a transliteration of the word group containing the Greek words diakonos (masc./fem. noun), diakonia (fem. noun), and diakoneo (verb).  Remember that a transliteration retains the basic English equivalent letters from the Greek, but does NOT provide a translation. Deacon (also diaconate) isn’t an English translation of this word group, therefore it does not provide us with it’s meaning, nor does it provide a semantic range of possibilities for the meaning.   Similar transliterations are also familiar to us such as baptism/ baptize (baptismo/baptizo), angel (angelos), and apostle (apostolos). According to the basic dictionary definition for deacon we find the following:

: a subordinate officer in a Christian church: such as
a: a Roman Catholic, Anglican, or Eastern Orthodox cleric ranking next below a priest
b: one of the laymen elected by a church with congregational polity to serve in worship, in pastoral care, and on administrative committees
c: a Mormon in the lowest grade of the Aaronic priesthood
https://www.merriam-webster.com/dictionary/deacon

So does deacon just mean different things to different denominations or can our meaning be derived from the Scriptures? Of course it can. The diak– words mentioned above simply mean servant, service, and to serve respectively. The distinction between how each of these words are used in Scripture, i.e. their context, can be generally summarized as Who, What, and How, respectively.  The Who is who is doing the action of service; the What is what act of service that is being performed; and the How is how the particular action of service is performed. The noun forms of our word group under consideration occur 29 times in 27 verses (diakonos) and 34 times in 32 verses (diakonia).  The former, describing the Who, is transliterated as deacon just three times (1 Timothy 3:8, 3:12, Philippians 1:1), while the latter, the What, is never transliterated as deacon. The verb diakoneo, describes the action of serving or service, or the How, and occurs 45 times in 32 verses.  It is transliterated as “deacon” only twice, a rather unusual construction of, “let them serve as deacons” in 1 Timothy 3:10 and again in 1 Timothy 3:13. Of the total 108 times that this word group occurs in the New Testament (NASB), it only occurs as deacon 5 times, yet from this decision an entire ecclesiastical office has been created and upheld.  Again, in these occurrences no translation has been provided, rather it is a transliteration.

As we’ve already noted, the diak- words occur three times in our passage from Acts 6 as follows: first in verse 1 with the daily distribution (diakonia), then with to serve tables (diakoneo), and third with the lesser known ministry (diakonia) of the word found in verse 4. The more common transliterated word for deacon, diakonos, is not present in the passage. The seven are chosen to serve tables, as it were, likely serving those who had need, Acts 4:35, which is here defined as the Hellenist widows. Meanwhile, the apostles were freed up to serve the word, which as we’ve seen was to continuing proclaiming it with boldness. The daily distribution, or service, is exactly the same word used to refer to the ministry of the Word. Think about that.

Elsewhere in the New Testament, the translation of these words occurs more commonly as either minister or servant/service/to serve.  While minister has fallen into an ecclesiastical ditch alongside deacon, the idea being conveyed here by the use of each of these words is simply either service or one who serves, i.e a servant.  Those who serve or the service they are engaged in, comes in many shapes, sizes and forms which are performed by a variety of people, including our Lord Jesus Christ as seen in the passage from Matthew below.

Another verse highlighting the nature of servanthood comes from John 12:26

If we were to keep our focus for a moment on the use of the noun diakonos it provides a revealing list of servants and adds insight into the meaning and use of the word.  Briefly, diakonos refers to kingdom leaders, as we have already seen in Matt. 20:26 as well as Matt. 23:11 (see also Mark 9:35, 10:43), wedding attendants (John 2:5,9); followers of Christ (John 12:26); government rulers (Rom. 13:4); Christ (Rom. 15:8); Phoebe (Rom. 16:1); Apollos and Paul (1 Cor. 3:5); Paul, et.al. (2 Cor. 3:6; 2 Cor. 6:4); Satan’s servants (2 Cor. 11:15); Paul’s opposition (servant’s of Christ? 2 Cor. 11:23); Christ, a servant of sin? (Gal. 2:7); Paul (Eph. 3:7); Tychicus (Eph. 6:21); Epaphras (Col. 1:7); Paul (Col. 1:23,25); Tychicus (Col. 4:7) and Timothy (1 Tim. 4:6).  Each of these are referred to by the exact same word that is transliterated as deacon in 1 Timothy 3, from which many have drawn qualifications for the office of deacon. We should note that this list does not include those who are said to be doing service, rather it is simply the Who, that is, those who are referred to as servants, or more pointedly, deacons. Given its wide range of use, including wedding servants, government rulers, and Satan’s servants, as well as the list of believers, not to mention Christ, it is safe to say that diakonos most often occurs in a non-technical or general sense.  Finding Christ, Paul, Tychicus, Ephaphras, and Phoebe referred to as servants, as well as believers in general, using the same word that is elsewhere transliterated as deacon, we must ask the obvious: Would it be proper to say that any of these held the church office of deacon?  Were they installed or ordained in an official, ecclesiological office?  What then makes it appropriate to maintain the use of deacon, instead of say, servant in the 1 Timothy 3 passages? Next time, we’ll attempt to answer this question as well as examine the use of the other noun diakonia and the verb diakoneo in order to round out our understanding of these terms and come to a conclusion on deacon. 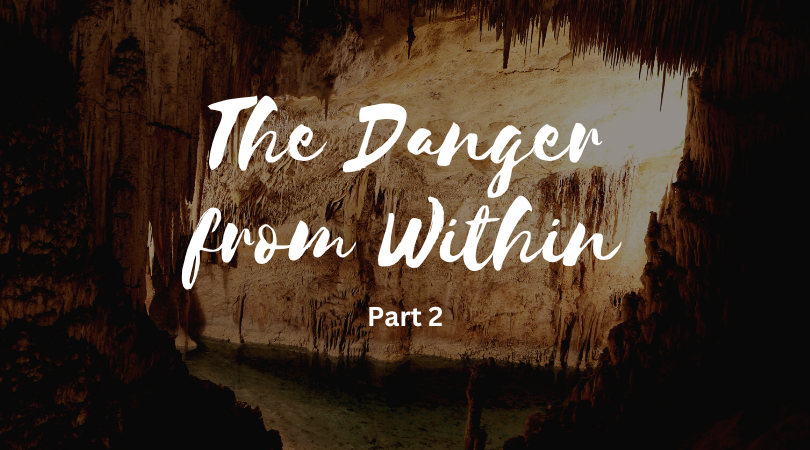