Recently I had a discussion with a young man who professed Christ as Savior and through this discussion that lasted nearly 2 hours, one recurring question kept coming up.  One that is popular in Roman Catholic theology and I think might be fairly common within modern evangelical churches, specifically those that hold to a more Arminian theology (named after Jacob Arminius).  That question is one of eternal security.  This young man had been wrestling with the thought that he needed to do certain things or act a certain way lest he be in danger of “losing his salvation.”  His question left him floundering squarely in the cross-hairs of works-righteousness, a need to do more and more or to somehow stop sinning such that he may be kept in the faith.

Similarly, I also recently saw a video of a recent seminary graduate who is known as an “open theist” and Arminian, street preaching in which he declared boldly that one could lose their salvation.  An interesting point he made was that the historical church position was in line with his belief that one could lose salvation and that it was only through the Reformers that the “preservation of the saints” came about.  There is a partial truth to this, albeit from a more Catholic perspective.  He likewise stated that there was biblical evidence that Judas was a Christian, lost his salvation, repented, and got it back (this will be addressed in a separate post).  Both of these young men brought me to a point of realization of the torment the soul must undertake in its question of eternal security.  To come to a conclusion on what many of the reformed view may see as an obvious answer, we must look at biblical evidences for the believer’s eternal security.  Also, we must define the difference between the common phrase “once saved always saved” and the reformed definition of perseverance or perhaps more accurately “preservation of the saints” (i.e. the “P” from the TULIP acrostic).

The obvious answer to this dilemma is to approach this from a sovereign grace perspective and argue that those whom God sovereignly chooses He sovereignly keeps by His own hand.  Remember, we previously identified those who state salvation can be lost as holding a traditionally Arminian view (a common view in today’s Church), one in which is at odds with the reformed view of sovereign grace.  But is there biblical evidence to support this claim?  Can we find proof texts that state that it is God who keeps His own and that none will be lost?  And do these passages provide comfort to those who do not hold to the doctrines of sovereign grace?

Our first passage comes from John 6 in which Jesus has just fed the 5000.  The following day in addressing the crowd, “35 Jesus said to them, “I am the bread of life; whoever comes to me shall not hunger, and whoever believes in me shall never thirst. 36 But I said to you that you have seen me and yet do not believe. 37 All that the Father gives me will come to me, and whoever comes to me I will never cast out. 38 For I have come down from heaven, not to do my own will but the will of him who sent me. 39 And this is the will of him who sent me, that I should lose nothing of all that he has given me, but raise it up on the last day. 40 For this is the will of my Father, that everyone who looks on the Son and believes in him should have eternal life, and I will raise him up on the last day.” John 6:35-40

The words of our Lord here are rich and deep and I pray that you go back and reread this passage again.  Note what Jesus is saying here beginning in verse 37, “All that the Father gives me will come to me.”  Here we have a soteriological, or salvation, statement from Jesus.  All that the Father gives to Jesus will subsequently come to Him.  What does that mean?  Who are the “all” and why is the Father giving them to the Son?  As is important in understanding the Bible, it is critical to let Scripture interpret itself.  To do so, let’s look at Jesus’ high priestly prayer in John 17 in which He again makes reference to a particular group that was given to Him by God the Father.  “I have manifested Your name to the people whom You gave Me out of the world.  Yours they were, and You gave them to Me, and they have kept Your word.” John 17:6 In this passage we have a group of people, namely the world, and then we have a second group that has been given to Jesus out of the world, in other words a subset of the world.  Matthew Henry helps us with this idea, “Take the world for a heap of unwinnowed corn in the floor, and God loves it, Christ prays for it, and dies for it, for a blessing is in it; but, the Lord perfectly knowing those that are His, He eyes particularly those that were given Him out of the world, extracts them; and then take the world for the remaining heap of rejected, worthless chaff, and Christ neither prays for it, nor dies for it, but abandons it, and the wind drives it away.  These are called the world, because they are governed by the spirit of this world and have their portion in it.”  This “subset” from the world which God the Father gives His son, are the elect, Christ’s bride, His sheep.

If we return to our passage from John 6 we see the second half of verse 37 reads, “and whoever comes to me I will never cast out.”   Here we begin to see the assurance in salvation from Jesus. “All that the Father gives me will come to me, and whoever comes to me I will never cast out.”  All the elect that God the Father gives to Jesus will come to Him and Jesus will in turn never cast them out.  He goes on to say in John 6:39 “And this is the will of him who sent me, that I should lose nothing of all that he has given me, but raise it up on the last day.”   Not only has Jesus said He will never cast those out, but here He affirms that it is the will of God the Father that He should lose none of those given to Him, but instead shall “raise” them up on the last day, namely to be with Him forever in heaven.  To suggest that it is possible for a person to “lose their salvation” is to propose that the will of God the Father, as outlined by Jesus in this passage, could be frustrated and that is simply impossible.  Jesus reiterates His assuring statement just a few verses later, but this time He adds a qualification of those who can come, “No one can come to me unless the Father who sent me draws him.  And I will raise Him up on the last day.”  John 6:44 All those who come to Jesus are drawn by the Father and Jesus has assured, yet again, that He will lose none of them.  The children of God should have confidence in the work of God, namely that of those He draws and gives to the Son, not one will ever be lost.

In John 10:27-30 we read Jesus saying, “27 My sheep hear my voice, and I know them, and they follow me.  28 I give them eternal life, and they will never perish, and no one will snatch them out of my hand.  29 My Father, who has given them to me, is greater than all, and no one is able to snatch them out of the Father’s hand. 30 I and the Father are one.”  Jesus emphatically states here that no one will snatch His sheep, i.e. the elect, from either His hand or the Father’s hand.  There’s no fumbling of the elect in their transition from the Father to the Son, it’s guaranteed.  We can read of this again in our parallel passage from John 17, “While I was with them, I kept them in Your name, which you have given me.  I have guarded them and not one of them has been lost except the son of destruction, that the Scripture might be fulfilled.” John 17:12

The Apostle Paul supports this same assurance in the powerful passage from Ephesians 1:3-14

“3 Blessed be the God and Father of our Lord Jesus Christ, who has blessed us in Christ with every spiritual blessing in the heavenly places, 4 even as he chose us in him before the foundation of the world, that we should be holy and blameless before him. In love 5 he predestined us for adoption as sons through Jesus Christ, according to the purpose of his will, 6 to the praise of his glorious grace, with which he has blessed us in the Beloved. 7 In him we have redemption through his blood, the forgiveness of our trespasses, according to the riches of his grace, 8 which he lavished upon us, in all wisdom and insight 9 making known to us the mystery of his will, according to his purpose, which he set forth in Christ 10 as a plan for the fullness of time, to unite all things in him, things in heaven and things on earth.

11 In him we have obtained an inheritance, having been predestined according to the purpose of him who works all things according to the counsel of his will, 12 so that we who were the first to hope in Christ might be to the praise of his glory. 13 In him you also, when you heard the word of truth, the gospel of your salvation, and believed in him, were sealed with the promised Holy Spirit, 14 who is the guarantee of our inheritance until we acquire possession of it, to the praise of his glory.”

This passage gives us the full picture of God’s sovereignty in salvation.  In verse 4 we read of God the Father choosing the elect, “in Him” meaning in Christ, predestining us for adoption as sons “through Christ” in verse 5, a second reference to redeeming work of Christ and the “giving” of the elect from the Father that we just read about in John 6, John 10, and John 17.  If we pause our lesson and ask why did God choose anyone?  In verses 5-6 we read “according to the purpose of his will” and “to the praise of his glorious grace” while in verse 12 we read “to the praise of his glory”.  It is for God’s good purpose to make His glory known that He has chosen the elect (see also Romans 9).  While often times passages such as these cause heartburn among those in the Church and a dividing line between those who hold to the reformed view vs. the Arminian view, it’s important to look where this passage from Ephesians concludes, you “were sealed with the promised Holy Spirit, who is the guarantee of our inheritance until we acquire possession of it, to the praise of his glory.”   Sealed with the Holy Spirit and it is He who is the guarantee of our inheritance.  How are believers kept in the palm of God’s hand?  By the power of the Holy Spirit in the loving hand of God and as Paul says in Romans 8:33-39 nothing can separate us from the love of God.  Chosen by the Father, redeemed by the Son, kept by the Spirit.  Sovereignly chosen, sovereignly kept.  That is the assurance of salvation.

Lord willing, later this week we will look at the significant difference between “once saved always saved” and the preservation of the saints. 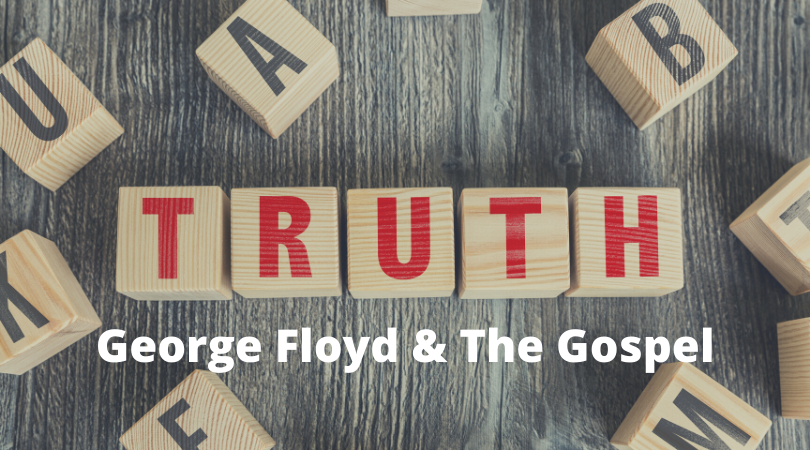