The Old Testament is replete with references to the “Holy of Holies” also known as the Most Holy.  Exodus 26:31-34 describes this area of the tabernacle (and later temple).  In the context of this passage the reference is made to the inner sanctum area of the temple where God dwelt.  The title of this blog has less to do about that Levitical area and more to do with THE HOLY of HOLIES, namely God Himself and what His holiness means.  Last week I made reference to a book I’m reading entitled The Holiness of God, by Dr. R.C. Sproul.  In his book, Dr. Sproul highlights the holiness of God by expounding on a particular passage in Isaiah and he then looks at an additional instance where man realizes the holiness of His Creator.  For this post, we’ll look at both of these and one further reference.

For our first point, we’ll look to Isaiah 6:1-4 to better understand the holiness of God.

“Holy, holy, holy is the LORD of hosts; the whole earth is full of his glory!”

4 And the foundations of the thresholds shook at the voice of him who called, and the house was filled with smoke.”

Picture this, you’re Isaiah and you’ve just been given the preceding vision.  One in which the Lord is sitting on His throne, His robe literally filling the temple in which He sits.  God’s holiness and glory are of such magnitude that the seraphim, or angels, above cannot even look at Him.  In fact, His presence is so holy that their feet cannot touch the ground and they too are covered with wings.  The thunderous voice of the seraphim’s volley back and forth “Holy, holy, holy is the LORD of hosts; the whole earth is full of his glory!”  And just then in a voice more powerful than theirs, the Lord shakes the foundations, filling the temple with smoke.  What would be your response?  Would you dare stand in the presence of the Holy God?  Not likely.  Isaiah’s response captures the magnitude of the moment.  “5 And I said: “Woe is me!  For I am lost; for I am a man of unclean lips, and I dwell in the midst of a people of unclean lips; for my eyes have seen the King, the LORD of hosts!”  The holiness of God revealed Isaiah’s sinfulness.  Keep in mind that Isaiah was a prophet chosen by God and his “righteousness” was known throughout the land, yet here he is fallen on his face before the Holiness of God declaring how unclean he was.  It’s interesting to note here that holy is mentioned 3 consecutive times, denoting its significance.  As Sproul points out in his book, this is the only time in the Bible that an attribute of God is given this emphasis.  It’s not Love, Love, Love or Justice, Justice, Justice.  It’s Holy, Holy, Holy!

Our second example of man coming face to face with the Holiness of God comes from Luke 5 where Jesus is first calling His disciples.

“3 Getting into one of the boats, which was Simon’s, he asked him to put out a little from the land. And he sat down and taught the people from the boat.  4 And when he had finished speaking, he said to Simon, “Put out into the deep and let down your nets for a catch.”  5 And Simon answered, “Master, we toiled all night and took nothing! But at your word I will let down the nets.” 6 And when they had done this, they enclosed a large number of fish, and their nets were breaking.  7 They signaled to their partners in the other boat to come and help them.  And they came and filled both the boats, so that they began to sink.” Luke 5:3-7

Upon seeing this great miracle that Jesus had performed, Simon Peter fell down at His knees crying out, “Depart from me, for I am a sinful man, O Lord.”  When faced with the Holiness and majesty of the Lord, Peter’s response is nearly identical to that of Isaiah’s, immediate recognition of sin and unworthiness.  Despite these two great examples, today we have no idea, let alone respect, for the Holiness of God.  We are an idolatrous, disobedient, blasphemous people who at the mere thought of God’s Holiness should tremble in fear and unworthiness just like Peter and Isaiah did, but instead we are irreverent and use the word “holy” as a punchline instead of in regards to the Lord God Almighty.

The third and final example that we’ll look at of man confronted with the Holiness of God comes from the book of Revelation.

“12 Then I turned to see the voice that was speaking to me, and on turning I saw seven golden lampstands, 13 and in the midst of the lampstands one like a son of man, clothed with a long robe and with a golden sash around his chest.  14 The hairs of his head were white, like white wool, like snow. His eyes were like a flame of fire, 15 his feet were like burnished bronze, refined in a furnace, and his voice was like the roar of many waters.  16 In his right hand he held seven stars, from his mouth came a sharp two-edged sword, and his face was like the sun shining in full strength.”  Revelation 1:12-16

Here we have a second portrait of God to compliment the earlier vivid imagery from Isaiah.  Again the glory and Holiness of the Lord is on display.  In the same manner as our two previous examples, the Apostle John’s response is appropriate, given what he sees.  John responded, “When I saw him, I fell at his feet as though dead”.  Again we get the picture of unworthiness to be in the presence of the Holiness of God.

All three of these passages give us just a fraction of what it will be like to be in the presence of God.  Romans 14:11 says, “As I live, says the Lord, every knee shall bow to me, and every tongue shall confess to God.”  Every knee shall bow, from the atheist to the Buddhist to the Muslim to the devil himself.  Every single knee.  Given the Holiness of God, the power of His majesty, the unworthiness of all those who are in His presence, even the angels, why would you not desire to submit to Him now?  Why not surrender your life to God Almighty today, the only one who is Holy, Holy, Holy.  Recognize your unworthiness before Him and repent of your sins, then trust in His Son Jesus Christ as your Savior. 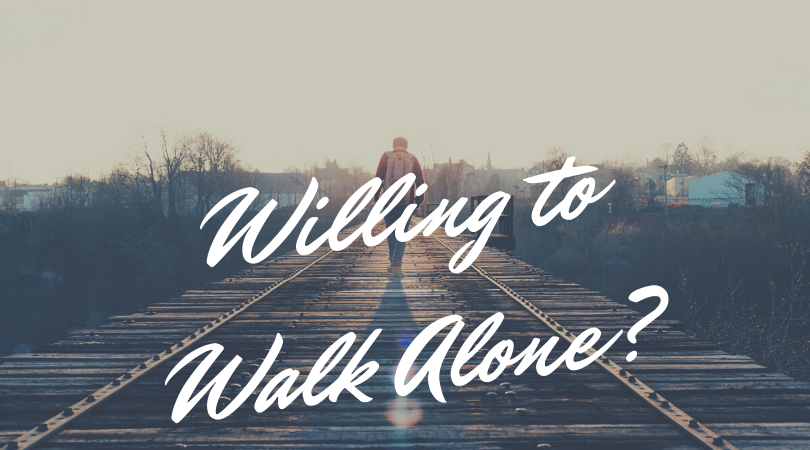