The much delayed part 4 of the Sinner’s Conversion.

On two separate occasions recently I’ve heard different preachers say that when a man is dying or when he is preparing to leave he says those things which are most important to him.  It’s at this time that he gets all of his affairs in order and usually expresses what his heart feels most.  In the biblical context, they were relating this sentiment to the last words of Jesus as He issued His ‘Great Commission’ to His disciples, and subsequently to us.  While there may be some truth to what these pastors are saying, though somewhat subjective, I would like to offer up the suggestion that the opposite is true.  As most writers will concur, the thesis statement is placed at the beginning of a body of work.  Generally speaking the arguments that follow are in defense or explanation of that introductory statement.  For example the first words of Christ as we read in Mark 1:15 are, “The time is fulfilled, and the kingdom of God is at hand; repent and believe in the gospel.”  Repentance of sin and faith in the Gospel.  These are the two necessary responses to His Gospel that Christ is announcing upon the arrival of His earthy ministry.  Keep this in mind as we begin our discussion.

In the post “The Sinner neither Willing nor Able”, we studied that not only was the ‘Rich, Young Ruler’ unwilling to sell all his possessions, i.e. give Christ his whole heart, but he was likewise unable, as denoted by Christ’s response of “What is impossible with men is possible with God” to the question of who can be saved.  Our Lord replies in this definitive manner because, “the natural man does not receive the things of the Spirit of God, for they are foolishness to him; nor can he know them, because they are spiritually discerned.” 1 Corinthians 2:14 This passage is one of many that speaks of the utter helplessness of man in spiritual matters and  look again at how it reiterates the unwillingness, “does not receive the things of the Spirit of God” and the inability, “nor can he know them”.   How then is the sinner brought to salvation?  It’s here where we must look again at the work of the Holy Spirit in regeneration, or rebirth.

First, the necessary response by faith comes from the heart.  In Romans 10:10 we learn, “For with the heart one believes and is justified, and with the mouth one confesses and is saved.”  With the heart one believes and is justified.  Remember our earlier discussion on faith in The Gospel Call, it being from an external source applied internally and that it comes by way of hearing His Word?  Remember too that we asked to whom is this gift given and who is it that believes?  In our passage from Ezekiel we find our answers.  Only those, the previously identified elect, who are given a “new heart”, a “heart of flesh” have the faith to believe in the Lord Jesus Christ.  “And I will give you a new heart, and a new spirit I will put within you. And I will remove the heart of stone from your flesh and give you a heart of flesh.”  Ezekiel 36:26 When God gives the new heart to the sinner, He supplies the faith necessary to believe in His Son and the ability for that faith to be placed in Jesus as Lord and Savior.  This is the sinner’s spiritual rebirth as worked by God.

Next, let’s examine what Scripture says about God giving this gift of faith.  In Ephesians 2:8-9 we read, “8 For by grace you have been saved through faith. And this is not your own doing; it is the gift of God, 9 not a result of works, so that no one may boast.”  For years I thought this passage implied that the salvation mentioned here is the “gift of God” and also that Paul refers to grace being the gift, while faith must be something that man contributes to his salvation.  But just as we read earlier, faith has an external source.  In referring to the Greek text for this passage we see that the “gift of God” here has a much larger implication than most who read this passage on a surface level may give it credit.  Now follow with me on this.  In the Greek, this passage can be broken down the following way: grace (charis) and faith (pistis) are both feminine nouns while the participle “saved” (sozo) is masculine.  When Paul says “and this is not your own doing” the ‘this’ (or some versions read ‘that’) is reflexive of his previous statement.  The word here is the neuter pronoun touto in the Greek.  Putting this all together, “this” cannot grammatically refer to just grace, nor can it grammatically refer to just saved, since the gender usage would be incorrect.  Therefore ‘this’ must refer to the entire phrase as a gift of God, which includes grace, salvation, and faith.  As commentator Charles Hodge concludes, “It (the gift = grace, salvation, and faith) fits the true purpose of the passage best.  The apostle’s aim is to show the free nature of salvation.  This is most effectually done by saying, ‘You are not only saved by faith in opposition to works, but your very faith is not of yourselves – it is the gift of God.’” [emphasis his]  An additional proof text can be found in Philippians 1:29, “For it has been granted to you that for the sake of Christ you should not only believe in him but also suffer for his sake.”  So we can conclude that faith is external to us, is a gift of God through the regenerating work in the heart of God’s elect by the Holy Spirit, and comes by way of hearing the Word of God.

Thirdly, we must not forget that Jesus proclaimed we must “repent AND believe”.  Repentance is a turning from one’s sin to God.  It is acknowledging before God and coming to agreement with Him that you are a sinner and have sinned against Him.  Prior to regeneration, it too is an impossibility for the sinner.  In 2 Corinthians 7:10 we read, “For godly grief produces a repentance that leads to salvation without regret, whereas a worldly grief produces death.”  Repentance here is identified as a product of Godly grief, i.e. recognizing that one has sinned against God.  The unregenerate, natural man is not only unaware of how grievous his sin is against God, but unapologetic.  Theirs would best be described as “worldly grief”.  Additionally we read in 2 Timothy 2:25 of the source of repentance, “…God may perhaps grant them repentance leading to a knowledge of the truth.”  Repentance, like faith, has its source in God and as we just read with faith, comes through the regenerating work of the Holy Spirit and the “new heart”.

Even though conversion, i.e. repentance and faith, occurs as a consequence of the Spirit’s regenerating work, it in no way negates the human responsibility of sinners to repent and believe.  When faced with the difficult question of how to resolve God’s sovereignty and human responsibility, the great 19th century preacher Charles Spurgeon replied, “I do not try to reconcile friends.”  This is precisely the reason so many give up on the biblical teaching of God’s sovereignty in salvation.  They attempt to try to reconcile how man can be responsible to reject Christ, while at the same time God remains sovereign.  The Apostle Paul addresses this very question in Romans 9:19-24 “19 You will say to me then, “Why does he still find fault? For who can resist his will?” 20 But who are you, O man, to answer back to God?  Will what is molded say to its molder, “Why have you made me like this?” 21 Has the potter no right over the clay, to make out of the same lump one vessel for honorable use and another for dishonorable use? 22 What if God, desiring to show his wrath and to make known his power, has endured with much patience vessels of wrath prepared for destruction, 23 in order to make known the riches of his glory for vessels of mercy, which he has prepared beforehand for glory— 24 even us whom he has called, not from the Jews only but also from the Gentiles?”

So instead of settling on what the Scripture says regarding this, many hold to the unbiblical notion that the “decision” rests solely with man and essentially reduce God to being lucky anyone ever repented and believed at all.  But as we’ve seen the truth is quite contrary to man’s concept of free will, which is found nowhere in Scripture.  Salvation is of the Lord (Psalm 3:8, Jonah 2:9) from beginning to end and fulfills the prophecy of the angel of the Lord on the birth of Christ, “She will bear a son, and you shall call his name Jesus, for he will save his people from their sins.” Matthew 1:21 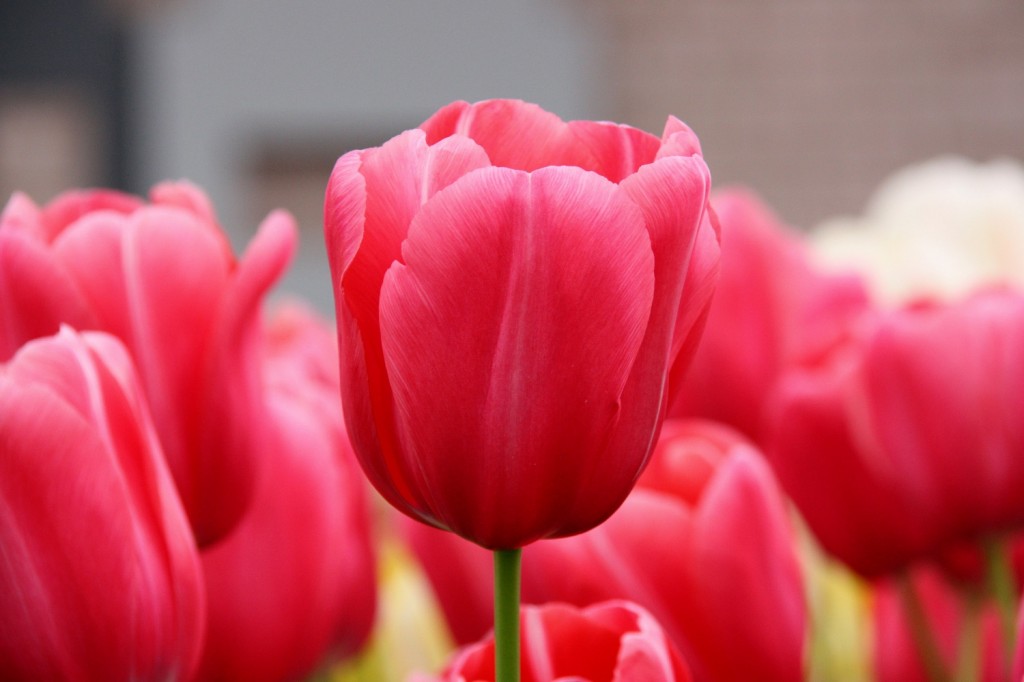