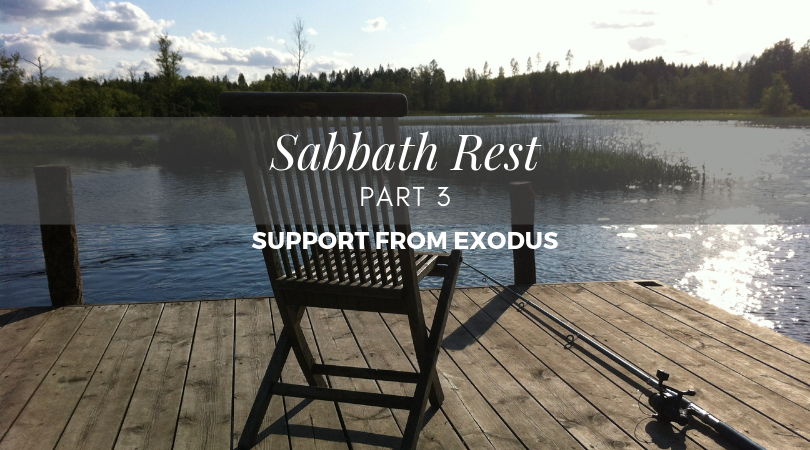 Having looked at the institution of the Sabbath Command, in both it’s first and second iterations of law from Mt. Sinai (Exodus 20) and then on the plains of Moab by way of Moses’ review (Deuteronomy 5), we turn now to several supporting passages.  These passages provide additional revelation on the details of the Sabbath, both how it should be observed and the consequences for its violation.  Additionally, we will see a renewed emphasis on what might best be called the Sabbath principle, i.e. that which concerns itself with a sabbath rest, but not necessarily one day in seven, or the Seventh Day.  Below, we will look at three supporting passages from Exodus 23, 31, and 34/35, and then in the next post, we’ll look at supporting passages from Leviticus 23, 24, and Numbers 28.

In this passage, we find ourselves still at Sinai with Moses’ reception of the law and covenant from God.  The mention of the Sabbath comes not by means of observing the seventh day, as we might expect, but by means of sowing the land for six years and then giving it a Sabbath year in order to allow it to rest and lie fallow.  Practically, particularly in an agrarian society, this is wise and prudent counsel as it allows the land to recuperate.  However,  we now see a larger Sabbath principle of rest than simply 1 day in 7. Additionally, we find much more involved than individual rest, rather now it’s the land that is commanded to rest (though the obligation is on man to obey).  Further, this resting of the land allows the poor and then the beasts to eat of the land.  This passage is followed up by a restatement of the Sabbath Commandment, showing a clear relationship between both Sabbath concepts, or what I’m distinguishing as a Sabbath Principle and a Sabbath Command.  With this restatement, we have an added benefit of refreshment for ox, donkey, son of your female servant, and aliens.

Towards the end of this passage we see the introduction of the Three Feasts which God had commanded Israel to observe: Unleavened Bread, Feast of Harvest (Feast of Weeks), and Feast of Ingathering (Feast of Tabernacles or Booths).  According to this rule, all of the men of Israel were to come before the Lord these 3 times a year.  This becomes an important point when noting those times and feasts when God had actually commanded worship on  a particular day/days.

This next passage summarizes the occasion at Sinai as the Lord finishes up His covenant instructions to Moses. Here we see three key reasons for observing or keeping the Sabbath followed by a restriction and subsequent punishment.  First, it is a sign between God and Israel throughout their generations.  Second, it’s purpose is to recognize that it is the Lord Who sanctifies them.  Finally, they were to keep the Sabbath because it was holy to them.

Additionally, in this passage we have the first mention of consequences for failing to observe the Sabbath, “Everyone who profanes it shall be put to death. Whoever does any work on it, that soul shall be cut off from among his people.15 Six days shall work be done, but the seventh day is a Sabbath of solemn rest, holy to the Lord. Whoever does any work on the Sabbath day shall be put to death. “  Ex. 31:14-15

In these verses, consequences for violating the Sabbath are mentioned three times, put to death, cut off from among his people, put to death.   These punishments are buttressed with the assertion that the Sabbath is a perpetual covenant followed by a reiteration of the Sabbath as a sign…forever.  In other words, the punishment of death is given to Sabbath breakers because it is a violation of the covenant.  Just as the rainbow in the cloud was a sign of the Noahic Covenant and just as circumcision was a sign of the Abrahamic Covenant, so too in this instance is the Sabbath a sign of the Mosaic Covenant.  This important passage is further summarized by again stating the foundation for the Sabbath, “It is a sign forever between me and the people of Israel that in six days the Lord made heaven and earth, and on the seventh day he rested and was refreshed” Ex. 31:17 Finally, verse 18 of this passage concluded God’s revelation and giving of commandments at Sinai…for now.

Our third passage from the book of Exodus comes after the idolatrous golden calf incident, which was followed by Moses’ rage against the people and his breaking of the 2 tablets at the foot of Sinai.  In Exodus 34, we have God’s renewal of the covenant.  After an exhortation and warning against idolatry in the land, the next point of renewal is the feasts and the Sabbath.  Verse 18 outlines again the Feast of Unleavened Bread, tied to the Exodus from Egypt, while verses 19-20 describes the Feast of Weeks or first fruits.  In the midst of the discussion of feasts, we have the following verse, “Six days you shall work, but on the seventh day you shall rest. In plowing time and in harvest you shall rest.”  Plowing and harvest would have been the two most important seasons for Israel as they were directly related to their supply of food.  Resting at all during this time would run the risk of ruining a perfectly good day of making progress on either planting or harvesting food.  As such, it would recall the days prior to Sinai, Exodus 16, when they had previously been taught to rely on God’s provision for their food on the Sabbath.

Just downstream of this passage is our final mention of the Sabbath in the book of Exodus.  Found in Exodus 35:2-3, the last statement on the Sabbath is perhaps the briefest, “Moses assembled all the congregation of the people of Israel and said to them, “These are the things that the Lord has commanded you to do. 2 Six days work shall be done, but on the seventh day you shall have a Sabbath of solemn rest, holy to the Lord. Whoever does any work on it shall be put to death. 3 You shall kindle no fire in all your dwelling places on the Sabbath day.”  While we have another consequence for violating the Sabbath, the only piece of new information that we have is an itemized restriction for the Sabbath, namely, “you shall kindle no fire in all your dwelling places.”  This, in combination with our mentions of punishment above, is significant when we consider Numbers 15:32-36, where we have the case study of the man who went out and gathered sticks on the Sabbath.  It is not so much the gathering of sticks which costs him his life at the hands of the stones thrown at him.  Rather it is that he intentionally violates the Sabbath by planning to build a fire.  This is a measure of direct rebellion against what God had instructed Moses to deliver to the people in the Exodus 35 passage above.

With our brief overview of these three supporting passages on the Sabbath from the book of Exodus, let’s summarize what we’ve seen so far.  First, the expansion of the Sabbath principle to include allowing the land to rest 1 year in 7.  This expands the concept of the Sabbath in which the people relied on the providence and sustenance of God for 1 day, now to include one whole year.  Additionally, this rest allowed for the land was an opportunity afforded for the poor and the beasts to eat of the land as well as providing refreshment for beasts, servants, and aliens.  Next, we saw three key purposes for observing the Sabbath including it as a sign between God and Israel, recognition of God as Sanctifier, and a covenant.  Finally, we saw the consequences, punishment by death, attached to the violation of the commandment, which was upheld in the case study from Numbers 15:32-36.  In our next post, we’ll examine three additional support passages for the Sabbath. 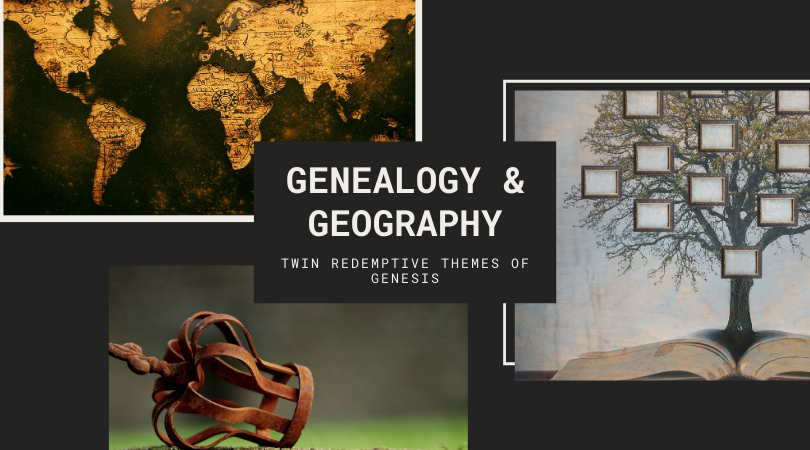 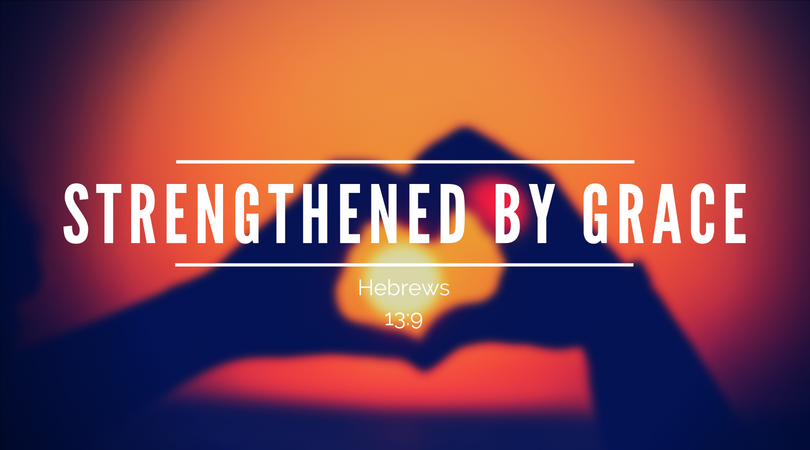 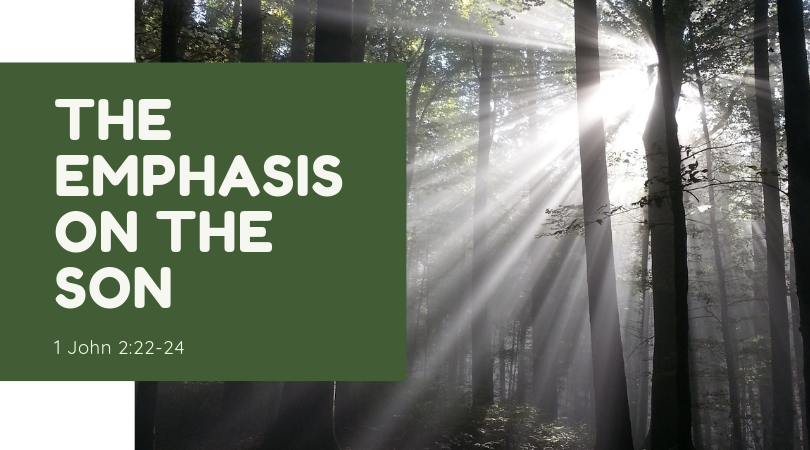