I began writing this blog in January 2009. Initially, it was a way to communicate truths about God’s Word to others while also serving to help me grow in my walk with Christ and my own personal understanding of the Bible. Those early days were marked with semi-frequent posts on the Emerging/Emergent Church and certain trends in evangelicalism that some might’ve read in greater detail on so called discernment blogs. I suppose in part, some errors that I had been exposed to either within the church or online through these types of blogs began to spill over into the content that I wrote on my own blog. An example of this was numerous posts on Rob Bell, then pastor of Mars Hill (not the same as Mark Driscoll’s Mars Hill).

At the time, I was so concerned about the influence and teaching of Rob Bell that I tried to make his name and heretical beliefs known to as many people as I could. His books, sermons, and videos had begun trickling into the youth group that I was serving in at the time and as Scripture states clearly, a little leaven, leavens the whole lump (1 Cor. 5:6). There was really no other option but to confront those who endorsed Rob Bell, give them opportunity to dissociate from him, or otherwise ask them to leave (Matthew 18:15-20). That final step is what ended up happening on several occasions. I am deeply indebted to the Lord who through His grace granted me discernment in these matters, constantly forcing me to examine what I had read or heard in light of His holy word. As much as the popular evangelical establishment dislikes discernment blogs, they were right on Rob Bell then and the fruits of his ministry are even more evident now.

More recently, Rob Bell has stepped down from his pastorate and moved to California to begin a television/entertainment career and now has his own show on Oprah’s OWN network. In the past year or so, Bell has published a new book with his wife titled The Zimzum of Love and has recently appeared with Oprah on her Super Soul Sunday program (the irony is overwhelming) to endorse and promote the book. Before we get to some interesting things in that interview, a word about the book’s title. 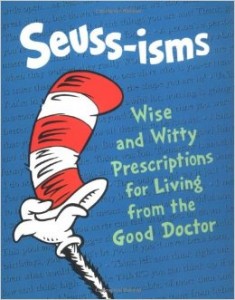 “Zimzum is a Hebrew term where God, in order to have a relationship with the world, contracts, creating space for the creation to exist. In marriage, zimzum is the dynamic energy field between two partners, in which each person contracts to allow the other to flourish. Mastering this field, this give and take of energy, is the secret to what makes marriage flourish.”

I’ll admit, I have no idea what that’s supposed to mean. It sounds philosophical and intellectual and this creates intrigue I suppose, but I actually think this pseudo-intellectual language is gibberish. In order to have a relationship with the world, God sent His only begotten Son, the Lord Jesus Christ into the world, that the world through Him and Him alone, might be saved if they repent of their sins and believe the Gospel. That’s crystal clear. Additionally, God’s Word clearly defines the “secret” to what makes a marriage work:

“22 Wives, submit to your own husbands, as to the Lord. 23 For the husband is the head of the wife even as Christ is the head of the church, his body, and is himself its Savior. 24 Now as the church submits to Christ, so also wives should submit in everything to their husbands. 25 Husbands, love your wives, as Christ loved the church and gave himself up for her, 26 that he might sanctify her, having cleansed her by the washing of water with the word, 27 so that he might present the church to himself in splendor, without spot or wrinkle or any such thing, that she might be holy and without blemish.[a] 28 In the same way husbands should love their wives as their own bodies. He who loves his wife loves himself. 29 For no one ever hated his own flesh, but nourishes and cherishes it, just as Christ does the church, 30 because we are members of his body. 31 “Therefore a man shall leave his father and mother and hold fast to his wife, and the two shall become one flesh.” 32 This mystery is profound, and I am saying that it refers to Christ and the church. 33 However, let each one of you love his wife as himself, and let the wife see that she respects her husband.” Ephesians 5:22-33 Again, clarity abounds.

Back to the philosophical gibberish. While the indication that Zimzum is a Hebrew word is strategic to help the readers feel more comfortable with it, as though it is a biblical word or at least has biblical roots, it is actually an unbiblical anti-God concept because it finds its developments in the Kabbalah religion, made popular more recently by Madonna and several prominent members of the entertainment industry. Kabbalah itself has Hebrew origins and sounds very intellectual and philosophical much like the definition of Zimzum given by Bell above. Here’s what CARM says about Kabbalah:

“Kabbalah is difficult to categorize because it is a subjective non-falsifiable belief system. In other words, it rests in non-verifiable philosophy, not in historic fact. Nevertheless, Kaballah is a mystical and esoteric system of observing and interpreting the universe and mankind that also seeks to reveal the true relationship between God, man, and the universe. It teaches that there is a divine being, neither male nor female, that has 10 primary aspects called sephirot which are represented in the Tree of Life. Kabbalah teaches that the supreme being created the universe through a series of those 10 aspects that descended through various levels until creation was fully realized.” 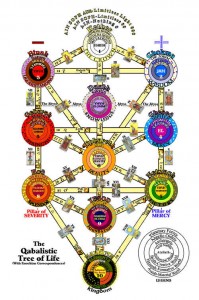 They go on to summarize Kabbalah as follows:

“Because there is no way to verify the truth of the 10 aspects of God, that Kabbalah was given to the angels for the creation of the world, etc., the Kabbalist is left to either believe or disbelieve based upon his preferences. Instead of believing what the Bible actually says, the Kabbalist is left with following the baby and mystical interpretations of a few ancient Jews.

Unlike the Gospels, Kabbalistic literature is full of philosophical mumbo-jumbo, unverifiable and subjective ideas, and words that are strung together in such a way as to appear to be semi-coherent. The problem is that Kabbalah contradicts the Bible. Therefore, it is not true.”

In its philosophical nonsensical way, Zimzum is trying to express the presence and absence of the divine. As it relates to marriage, Bell is seemingly trying to correlate this term and apply it to knowing when to be present and knowing when to give space. In reality, what Rob Bell has done then is to co-opt a Kabbalah philosophical term, as to create nuance and intrigue and then apply it to the idea of marriage between professing Christians such that the audience broadens to include not only New Age/Kabbalah followers, but also appeal to Christians who may already be familiar with him. Simply put, this is the classic methodology of Satan whom the Apostle Paul says disguises himself as an angel of light.

If his outright embrace of Paganism wasn’t enough, nor his association with Oprah who has promoted such New Age philosophers as Eckhart Tolle and Dr. Oz and such books as The Secret, A New Earth, and A Course in Miracles, then allow the interview of Bell and Oprah to shed additional light on the further shift of Rob Bell away from Orthodox Christianity (if he was ever truly there to begin with).

In addition to the esoteric language and conversation which says little of substance while saying a lot in quantity, here are some takeaways: 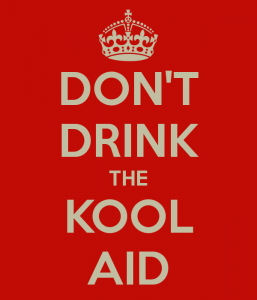 Christians, this video should disturb you; from the talk of energy fields and spirituality, the debasing of the Bible, to the embrace of homosexual marriage intertwined with an appeal to the emotional desires of people to be loved. This material is presented in such a way that makes you less likely to recognize the cyanide and drink the Kool-Aid unsuspectingly.

Rob Bell is a false teacher. He was a wolf in sheep’s clothing when 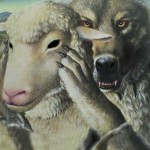 making his Nooma videos and writing such books as The Velvet Elvis, Sex God, and Love Wins, but now he is making perfectly clear the sheepskin has come off to reveal an extremely dangerous teacher who claims Christ but mixes truth with error. In an age of Christianity where believers are seen as intolerant and violence against Christians is at an all-time high, need there be more compelling evidence for the call to be even more vigilant, even more discerning, and even more willing to stand as Ezekiel and be a watchman for the Church.