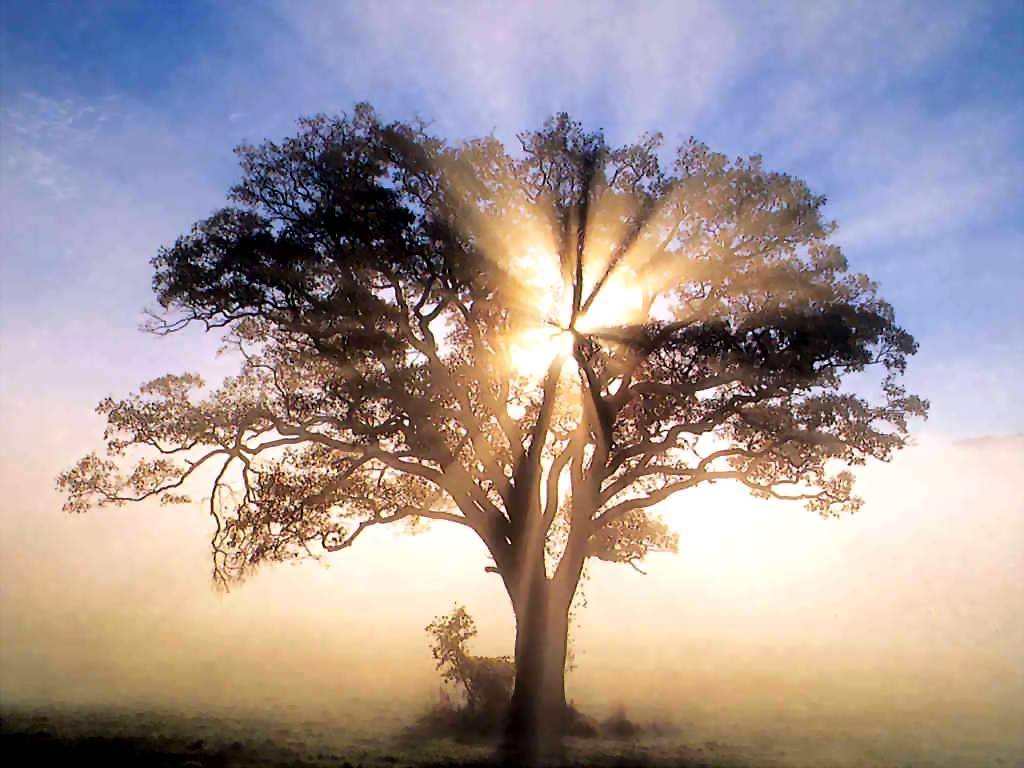 As we have seen in the previous 2 posts (part 1 and video critique), the Lord has progressively revealed His plan of redemption throughout the Scriptures beginning in Genesis 3:15 with the promised Seed of the woman. Thankfully, we are not held in darkness wondering who this Seed might be, otherwise we would still be scratching our heads as to when the Messiah might show up on the scene (see modern Judaism).

The mystery has now been fully revealed to us (see Eph. 3). God, in His infinite wisdom has chosen to progressively reveal His plan of salvation from infant or seed form found in the beginning of Genesis to the more mature revelation of His Son Jesus Christ, tree form if you will, through His incarnation, life, death, resurrection, and ascension. The plan never changed and the substance of that plan never changed, nor was it ever disrupted.

Frequently, those who hold the view we defined earlier and saw in the video by Dr. Randy White, fail to see how people in the OT were saved because they place far too much discontinuity in the Scriptures and hold the OT in isolation from the NT. This simply cannot be and often leads to erroneous assumptions. God’s revelation must be allowed to progress and most-often the latter revelation helps interpret the earlier revelation. This is referred to as the analogy of Scripture, or the rule that Scripture interprets Scripture and it is critical for understanding the meaning of God’s Word.

While there is certainly benefit in trying to determine the meaning of a particular passage in its given context, i.e. author, audience, time period, culture, etc. we simply cannot bury our heads in the sand and pretend to be ignorant about the rest of God’s Word, which may provide greater insight and additional revelation on a particular passage. As mentioned, holding a passage in strict isolation has led to many doctrinal errors throughout church history. We have been given a complete revelation, one that has progressed throughout redemptive history and we must allow its internal unity and clarity to aid in our interpretation.

By observing how latter revelation illumines prior revelation in those passages quoted in the part 1 post, we can see clearly that the seed promised in Genesis 3:15 is developed throughout the immediate unfolding of the New Testament. Evidence of this can be found in those oft-neglected genealogies of the Gospels.

Such an example may be found in Luke 3:23-38 which traces Christ’s ancestry directly through David, to Judah, Jacob, Isaac, Abraham, and ultimately to Adam. Luke’s purpose in doing so is to show the universality of Christ in relation to mankind by tracing Him back to the beginning of man, and likewise to emphasize the fulfillment of the promised Seed.

The promise from Genesis 3 has several NT allusions most notably by the Apostle Paul, writing in his epistle to the Romans where he speaks specifically of the skull-crushing seed of the woman in chapter 16, “The God of peace will soon crush Satan under your feet.” Here we see “seed” in reference to a collective, or plural seed, namely those who are the seed of Christ, united to Him by faith. This does not negate the implication that Christ is the seed of the woman, but gives us a fuller picture of all those who are the seed of the woman (with Christ as our Head; see Romans 5) versus the seed of the serpent (which began with Cain;see 1 John 3:8). Similarly, in Galatians 4:4 we have the statement “born of a woman”, an allusion to Genesis 3 also, but more specifically Revelation 12:1-6 where we find the seed of the woman who was to bare a male child who would rule the nations with a rod of iron. In this passage, her and her Seed are under assault by the dragon continuing the “enmity” between the two seeds which was promised by God in Genesis 3:15.  A strong argument could be made that the entire earthly ministry of the Lord Jesus Christ has been collapsed into this passage.[1]

But there is more to be said.

As alluded to earlier, God’s redemptive plan through the seed of the woman was progressively revealed such that the focus becomes clearer as His arrival nears. To be expected, further development of the seed concept occurred with the promises given to Abraham, particularly in Genesis 12, 13, 15, 17, and 22, as we saw in the first post of this series. Consequently, the New Testament has more to say regarding this specific promise, particularly in the Epistle to the Galatians.

Here we find the Apostle making several interesting references to Abraham in Genesis. First, in Galatians 3:7-9 (Genesis 12:3) we read, “7 Know then that it is those of faith who are the sons of Abraham. 8 And the Scripture, foreseeing that God would justify the Gentiles by faith, preached the gospel beforehand to Abraham, saying, “In you shall all the nations be blessed.” 9 So then, those who are of faith are blessed along with Abraham, the man of faith.” Notice what the Apostle Paul calls the reference to Genesis 12:3; he calls it the Gospel. As seen later in this passage from Genesis 12, this promise of blessing through Abraham becomes clearer as the promise narrows to Abraham’s “seed” as the source of blessing. In this passage however, the inspired author makes the connection between Abraham’s seed and those who have faith, equating them to the spiritual offspring of Abraham, whether ethnic Jew or Gentile.

Next, in Galatians 3:15-20 (Genesis 12:7) we read, “15 To give a human example, brothers: even with a man-made covenant, no one annuls it or adds to it once it has been ratified. 16 Now the promises were made to Abraham and to his offspring. It does not say, “And to offsprings,” referring to many, but referring to one, “And to your offspring,” who is Christ. 17 This is what I mean: the law, which came 430 years afterward, does not annul a covenant previously ratified by God, so as to make the promise void. 18 For if the inheritance comes by the law, it no longer comes by promise; but God gave it to Abraham by a promise.” Here the reference is to Genesis 12 again, as in the previous use by Paul in Galatians. This time however it is without question who the “seed” or “offspring” spoken of in Genesis is referring to. Paul states explicitly that this is Christ. Summarizing his argument here, Paul sees the promises made to Abraham in Genesis 12 as being made to Abraham and to Christ and all those who are in Christ are Abraham’s offspring (seed) collectively.

Which bring us to Galatians 3:29, “And if you are Christ’s, then you are Abraham’s offspring, heirs according to promise.” As we saw in the previous post, Abraham believed the promises of God and it was counted to him as righteousness. As the lens of the gospel comes into clear view in the Newer Testament, we can see that those promises from the Old Testament were implicitly speaking of Christ, who would come from the lineage of Abraham and become heir to the promises Himself. Therefore all those who are united to Christ by faith and repentance subsequently become co-heirs with Christ of the promises made to Abraham, whether Jew or Gentile. As Paul explicitly states, it was nothing less than the Gospel that was preached to Abraham and he believed!

There is much more to say regarding Abraham, but for now, let us move on to the promise of a royal seed given to David 2 Samuel 7:8-17 which was introduced last time. This promised Seed is clearly revealed through Peter’s sermon at Pentecost found in Acts 2. Note specifically the following section, “29 “Brothers, I may say to you with confidence about the patriarch David that he both died and was buried, and his tomb is with us to this day. 30 Being therefore a prophet, and knowing that God had sworn with an oath to him that he would set one of his descendants on his throne, 31 he foresaw and spoke about the resurrection of the Christ, that he was not abandoned to Hades, nor did his flesh see corruption. 32 This Jesus God raised up, and of that we all are witnesses. 33 Being therefore exalted at the right hand of God, and having received from the Father the promise of the Holy Spirit, he has poured out this that you yourselves are seeing and hearing. 34 For David did not ascend into the heavens, but he himself says, “‘The Lord said to my Lord, “Sit at my right hand,35 until I make your enemies your footstool.”’ 36 Let all the house of Israel therefore know for certain that God has made him both Lord and Christ, this Jesus whom you crucified.” Acts 2:29-35 Clearly, Peter makes the connection between the promise of a royal Seed, found in the passage from 2 Samuel, and the Lord Jesus Christ, even to the point of stating that he has now ascended to the right hand of the Father where He rules and reigns (presently I might add).

What perfect continuity there is in God’s Word from the Old Testament promises and anticipation to the New Testament fulfillment in the person of our Lord Jesus Christ!

From the beginning there was always the promise of Christ. Therefore any faith in the promise of the coming seed is implicitly faith in Christ. Simply because Adam and Eve, or even subsequent generations, may not have known the name of Jesus or may not have known the details of His death and resurrection, or propitiatory sacrifice as in the video we saw, in no way invalidates their faith or makes it inferior. It simply means that by faith they embraced the promise that God had revealed in the manner He had chosen to reveal it at that time. Note the words of Simeon in Luke 2:28-32 “he took him up in his arms and blessed God and said, 29 “Lord, now you are letting your servant depart in peace, according to your word; 30 for my eyes have seen your salvation 31 that you have prepared in the presence of all peoples,32 a light for revelation to the Gentiles, and for glory to your people Israel.” Simeon’s faith was anticipatory, meaning it was looking forward to the coming of Messiah, just like those we have already looked at. Can anyone rightly say that his faith was misplaced simply because he lived prior to Christ’s death on the cross? Surely not.

Simply because we have the advantage of knowing that this promise reaches its fulfillment through the coming of The Seed Jesus Christ, as we look backward to the cross, does not make our faith superior and that of Abraham or David inferior, but it does make us more accountable for the amount of light and revelation that has been given to us. It was therefore sufficient for Adam, Eve, and subsequent generations, as it is for us now having seen the fulfillment of this promise in Christ, that faith placed in the seed of the woman is clearly faith placed in Christ.

I close with two summary questions from the Heidelberg Catechism

Question 19: From where do you know this?

Answer: From the holy gospel, which God Himself first revealed in Paradise.[1] Later, He had it proclaimed by the patriarchs[2] and prophets,[3] and foreshadowed by the sacrifices and other ceremonies of the law.[4] Finally, He had it fulfilled through His only Son.[5]

Question: Are all men, then, saved by Christ just as they perished through Adam?

Answer: No. Only those are saved who by a true faith are grafted into Christ and accept all His benefits.[1]

What a glorious gospel!

“For all the promises of God find their Yes in him. That is why it is through him that we utter our Amen to God for his glory.” 2 Corinthians 1:20 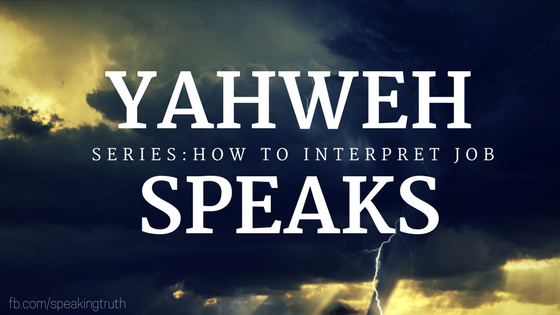 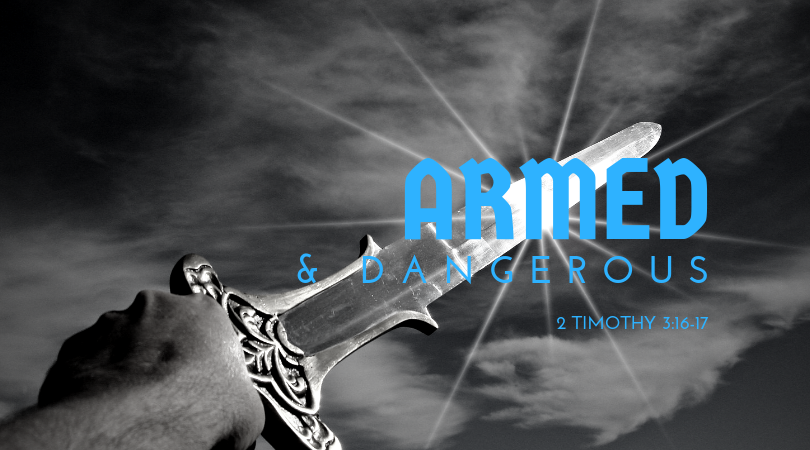 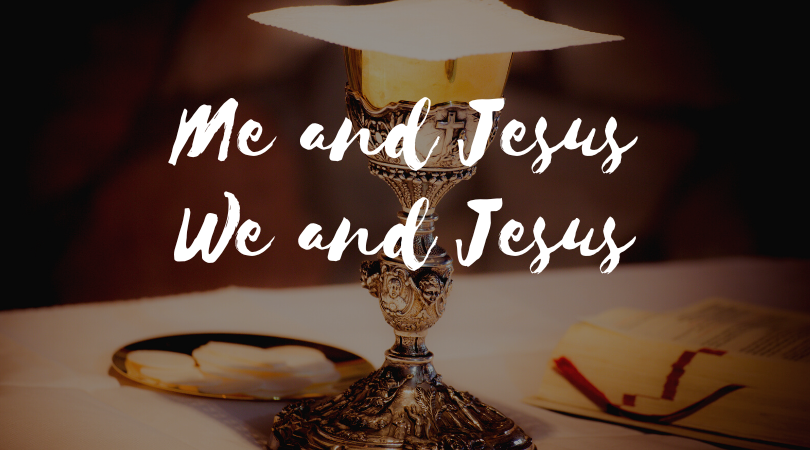