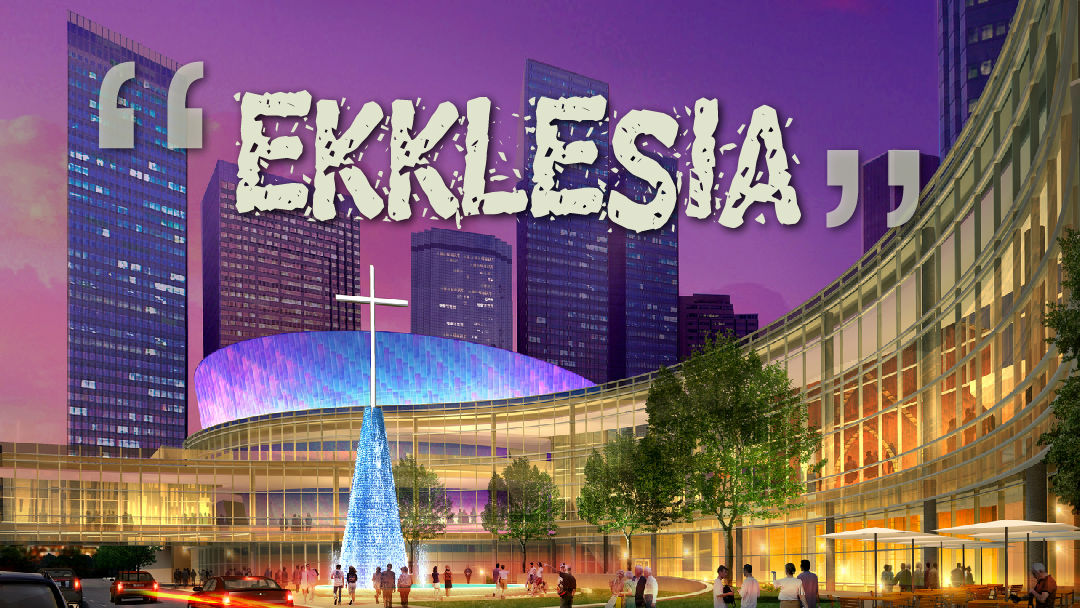 We have been slowly working our way through a study of church, or what some may call the doctrine of the church, simply stated, ecclesiology.  In this series thus far we’ve looked at:

In our Bible translations however, particularly English, this can be tricky because no word in the original languages (Hebrew, Aramaic, and Greek) has a single word that corresponds to its meaning.  There is usually a range (semantic range) of words and context is the best guide to determining which word fits best.  So even the best, formal equivalency (attempted word-for-word) translations have a bit of interpretation in them.

Sometimes we use transliterated words (our English letter equivalents and the Greek words you see here because I don’t have Greek fonts) from the original biblical languages in our modern parlance, such as Hallelujah or Messiah or Christ.  However, our usage doesn’t always match the words meaning:  Hallelujah = Praise Yahweh; Messiah = Anointed; but sometimes they are closer as in Christos = Christ.  Other common transliterated words in our New Testament are, Apostle (apostelos), Angel (angelos), Baptism (baptismo), Evangelist (euangeli), and Deacon (diakonos).  Note that these words have not necessarily been translated into an English equivalent, but because they are transliterated instead, they carry their original meaning over, sometimes avoiding unnecessary replacement, but sometimes failing to communicate the actual meaning, as in baptismo= immersion.

Our English word “church” is the most common translation of the Greek word ekklesia.  As Mounce’s dictionary affirms we find his definition of ekklesia as “church, congregation, assembly.”  Since ekklesia is the transliteration of the original Greek word, we can see clearly that it has no transliteration relationship with church.  Ekklesia is sometimes said to mean “the called out ones”, because it is a compound of ek (out of) and kaleo (called), while possible, it’s not entirely accurate.  We know that the combination of words into one doesn’t necessarily convey the meaning, as in our English words butterfly or greenhouse.

Likewise we can see that the other possibilities (semantic ranges) given by Mounce could have a greater bearing on what this word ekklesia actually means, neither a location, building, or event but rather an assembly or gathering.

Ekklesia is used as a noun ~114 times in the New Testament, first appearing canonically in Matthew 16:18.  Our Lord was not novel is His declaration to build an ekklesia, rather He was using or perhaps clarifying the Old Testament use and understanding of ekklesia.  Were you aware that the word so often translated as “church” was used in the Old Testament some 100 times?

In the Greek Old Testament, called the Septuagint (LXX), ekklesia is the most common translation of the Hebrew word qahal, meaning “assembly” or “to assemble”.  Of the 162+/- occurences of qahal (or maqhel), ~96 times it is translated as ekklesia.  However, qahal can also be translated as sunagogue or what we know as the transliterated word synagogue.  This translation choice for qahal occurs ~45 times in the Septuagint.  Commenting on the OT use of qahal, Louis Berkhof in his Systematic Theology, writes, “[Qahal] properly denotes the actual meeting together of the people.” (p. 555).  In other words, qahal wasn’t abstract, but took place when the people actually met together.

The remaining translations of qahal occur in a variety of ways.  As an aside, note how we have come to recognize the transliteration of synagogue and keep it in our English translations, but ekklesia is conspicuously absent.  It’s worth pointing out that unlike church, ekklesia doesn’t carry a specifically religious connotation, it simply means gathering or assembly (see Acts 19:32, 39, 41; now why isn’t it translated church in these verses!?!).  It gains its religious meaning when the phrase “of God” or “of Christ” is attached or implied.  We might say for our purposes that ekklesia simply means an assembly of God in Christ.

Ekklesia is used in at least of couple of different ways in the New Testament which has caused no little amount of tension.  As well as being used in the singular (church) and plural (churches), it’s use in the aforementioned Matthew 16:18 seems to be generic or what some have called a universal sense.  While it’s next use, the only other occurrence in the Gospels seems to be more specific, carrying a local application, Matthew 18:16.

Kittle, writing in volume 3 of the Theological Dictionary of the New Testament writes, “From the time of Thuc. [Thucydides, 460-395 B.C.], Plat. [Plato, 428-348 B.C.], and Xenoph. [Xenophon, 430-354 B.C.], and especially in inscriptions, ekklesia is the assembly of the demos [people, mass of people assembled in a public place] in Athens and in most Greek poleis [cities].  The etymology is both simple and significant.  The citizens are the ekkletoi, i.e., those who are summonsed and called together by the herald.”

Think again how we use the word church in our modern vernacular and even in the definition of church itself and ask whether it fits with what we’ve seen regarding ekklesia. As we saw, typically church means a people or building belonging to the Lord, but has also been applied to denominations, events, institutions, even businesses.  Ekklesia simply means an assembly or gathering.  Ekklesia is never used in reference to a building, ever.  Also, implied in the meaning of an assembly or gathering is a plurality, not individuality.

Translating ekklesia as church may have seemed like a fine idea if one is wanting to convey the idea of “belonging to the Lord”, but as we have seen so far, that is simply not the meaning of ekklesia and church is now a loaded term with baggage.  It would have been acceptable in our example we looked at last time from Revelation 1:10, John was in the Spirit on the church day, but not as a translation of ekklesia.

Our other word used in the original Greek, sunagogue (synagogue), seems to have overlapping meaning with ekklesia, i.e. they can both mean a gathering.  However, unlike ekklesia, synagogue can also refer specifically to a building, or the place where the gathering takes place.  On a surface level, it would appear that our English word church may more appropriately be related to synagogue, rather than ekklesia, particularly when we consider that synagogue carries with it a religious meaning.

However, let us be reminded that our Lord stated specifically in Matthew 16:18 that He would build His ekklesia, not His synagogue.  Both have meaning in the Old Testament, only one, synagogue, carries with it a specifically religious connotation as well as a strict geographic location that would have been easily recognized as such in the first century.  Ekklesia was much more generic, carrying with it the idea of a city council or local government.  Are these difference merely pedantic?  Or does understanding the meaning of church, ekklesia, and synagogue, respectively, influence the form or function of what we have come to call and participate in as church?

Let’s conclude with a final word from Kittle in his NT Theological Dictionary after stating that the use of assembly or gathering may be a more accurate way to translate ekklesia, “This does not mean that we should banish the words ‘Church’ and ‘congregation’ from our vocabulary. Apart from the impossibility of such an undertaking, there would be no sense in forfeiting the wealth of meaning proper to these terms. What is needed is that we should grasp the precise significance of the word ekklesia, since at this point linguistic sobriety will help us to the true meaning and bearing from the standpoint of biblical theology.”

Two main questions remain: 1. If it’s not the best-fit translation, how or why did church make it into our English bibles? 2. What, if anything, is the significance of all this? 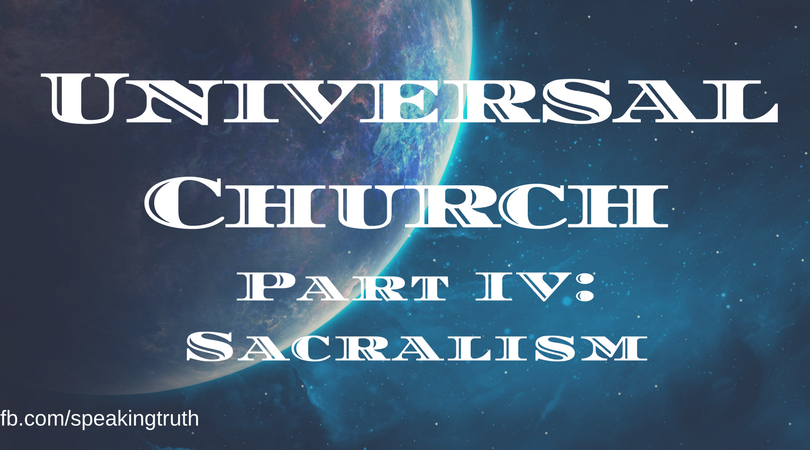 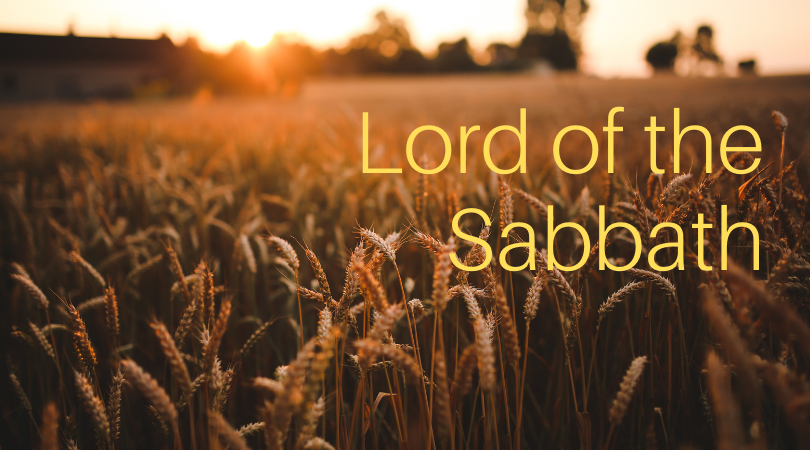