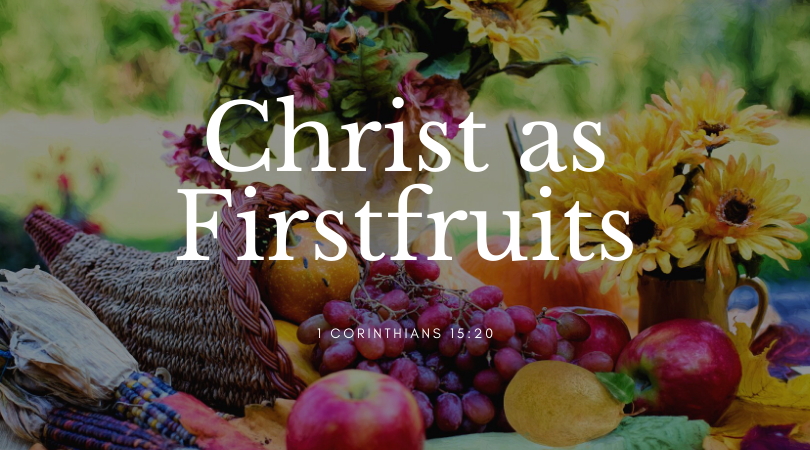 But in fact Christ has been raised from the dead, the firstfruits of those who have fallen asleep. 1 Corinthians 15:20

Here, we want to take up the matter of Christ’s resurrection as firstfruits, or a kind of pattern for what is to come regarding, “those who have fallen asleep.”

What is meant by firstfruits? The default way of reading this passage might be to conclude that Jesus is the first to be raised from the dead, and so then all those believers in Him will be subsequently raised from the dead as He was. This is true, but it fails to resolve the fact that Jesus wasn’t the first person raised from the dead. There were several examples in the Old Testament, several from the life of Jesus’ own ministry, including the widow’s son, Jairus’ daughter, a ruler of the synagogue, and Lazarus. Additionally Peter raised Tabitha and Paul raised Eutychus, the young man who was asleep and fell out of the window. Given this, how do we reconcile Jesus as firstfruits knowing that others had been raised from the dead before Him?

Each of these resurrections, in their own respect, pointed forward to the superiority of Christ’s resurrection. We should also add a very important point that in each of these resurrections the person that died, and was subsequently raised, was subjected to death once again. In other words, it was a temporary resurrection unto their previous life and not a resurrection to a higher state, i.e. glorification. This was not so with our Lord’s resurrection as His was such that He conquered death – no longer to be subject to it, and that there was a transformation which took place. Before we develop this more, let’s unpack the meaning of firstfruits used in this verse and later in 1 Corinthians 15:23.

The principle of firstfruits originated in the Old Covenant economy as the Feast of Firstfruits legislated in Leviticus 23:10-14 as one of the Seven Feasts prescribed by God. Prior to this, the Feast of Firstfruits was mentioned in Exodus 23:16, 19 (see also Deut. 18:4). In the passage from Leviticus legislating the feasts, upon coming into the land which the Lord had promised, the Israelites were directed by God to bring a sheaf of grain, the firstfruits, before Him at the time of harvest. As part two of this observance, on the day after the Sabbath, the priest was to wave the sheaf before the Lord and offer a male, year old, unblemished lamb as a burnt sacrifice. Alongside this was a grain offering, a food offering, and a drink offering. Perhaps unexpectedly, the Feast of Firstfruits was to be celebrated in the spring, the result of planting grain in the fall/winter. It was a recognition of gratitude and thanksgiving to God as the source of blessing and a down payment of the expected harvest to come. The statute was to be, “forever throughout your generations in all your dwellings.”

It is into this background that Paul makes the statement that the resurrection of Jesus was the firstfruits of those who have fallen asleep. Just on the surface, we might conclude that Jesus is the typological fulfillment of the instituted Firstfruits from the Old Covenant. By this, Jesus is The Firstfruit of a larger harvest to come. He is the thanksgiving offering; He is the down payment. As The Firstfruit of what is to come in the bodily resurrection of believers from the dead, Jesus signifies that there is indeed a bodily change coming for all those who are in union with Him by faith. Not the mere physical resurrection of those that had come before and were later subjected to death again, but a higher state, a physical body resurrected unto glory; a heavenly, spiritual, immortal body as Paul will describe later in the chapter. It is that resurrection unto glory that Christ is the down payment for, signifying that there is a greater harvest to come.

But there may perhaps be more meaning here. If we were to consider briefly the likelihood that our Lord was crucified on Passover, remained buried for three nights as He prophesied (Matt. 12:40), then His bodily resurrection would coincide with the Feast of Firstfruits. Given this scenario, Christ is sacrificed as the Passover Lamb (1 Corinthians 5:7; John 1:29) on Passover (though there is some debate about which day of the week this actually was) and was raised bodily as the Firstfruit on the Feast of Firstfruits, the Sunday after the Sabbath. When viewed in the context of 1 Corinthians, Paul had previously introduced Christ as the Passover Lamb and has in this chapter supported the third day resurrection according to the Scriptures, now here supported by Christ being resurrected as the Firstfruits on the first day of the week after the Passover Sabbath.

Christ as firstfruits fulfills the Old Covenant obligation of the Feast of Firstfruits and, as we have seen, our Lord is the typological offering. Unlike those who had been resurrected prior to Him, our Lord was not subjected again to death. This uniqueness sets Him apart and guarantees the veracity of the gospel and the promise that all those in union with Him, by faith, will likewise be bodily raised. In the forty day period that Christ was on earth after His resurrection, appearing to many as noted in 1 Corinthians 15, He was present in His physical body, though certainly possessed some unique qualities (John 20:19-20). This temporary delay (John 20:17) in being glorified was to preach the gospel of His resurrection, ensuring He had many witnesses to that fact, and commissioning His disciples to preach this reality which became their chief message in Acts. At His ascension, Christ’s physical body entered into glory. While later in the chapter, Paul will describe what type of bodies believers will be raised to, a picture is painted for us through the pattern of glorification by our Lord:

12 Then I turned to see the voice that was speaking to me, and on turning I saw seven golden lampstands, 13 and in the midst of the lampstands one like a son of man, clothed with a long robe and with a golden sash around his chest. 14 The hairs of his head were white, like white wool, like snow. His eyes were like a flame of fire, 15 his feet were like burnished bronze, refined in a furnace, and his voice was like the roar of many waters. 16 In his right hand he held seven stars, from his mouth came a sharp two-edged sword, and his face was like the sun shining in full strength. 17 When I saw him, I fell at his feet as though dead. But he laid his right hand on me, saying, “Fear not, I am the first and the last, 18 and the living one. I died, and behold I am alive forevermore, and I have the keys of Death and Hades. 19 Write therefore the things that you have seen, those that are and those that are to take place after this. 20 As for the mystery of the seven stars that you saw in my right hand, and the seven golden lampstands, the seven stars are the angels of the seven churches, and the seven lampstands are the seven churches.
Revelation 1:12-20

The bodily resurrection of Christ as Firstfruits solidifies the gospel and guarantees the promise of a bodily resurrection for all believers, all united to Christ by faith. Knowing that this promise is rooted in the very resurrection of our Lord assures us, gives us hope, and should free us to live a life worthy of the gospel call. To reiterate what Paul said earlier in the chapter, if Christ hasn’t been raised, then our faith is in vain, we are still in our sins, our hope is in this life only, and above all people we are to be pitied. Thanks be to God that Christ has been raised! That our faith is alive and active; that our sins have been washed away by the shed blood of Jesus Christ who suffered under God’s wrath in our place; that our hope is not in this life, but in the life to come; and that we are not pitied, but are co-heirs with Christ, seated with Him in the heavenly places. 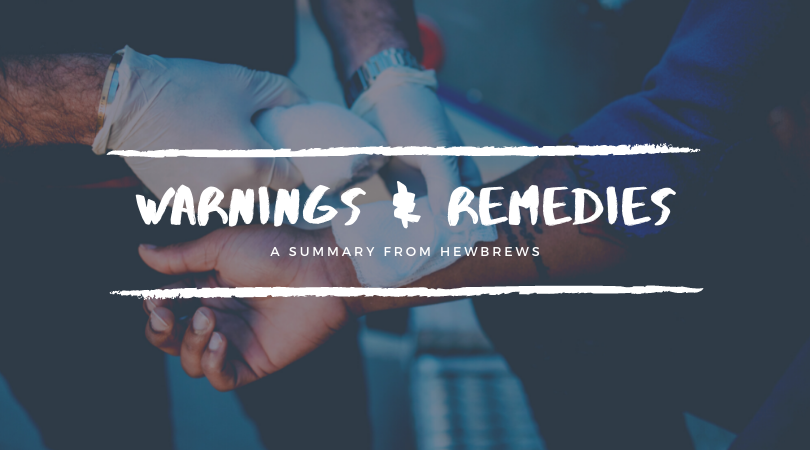 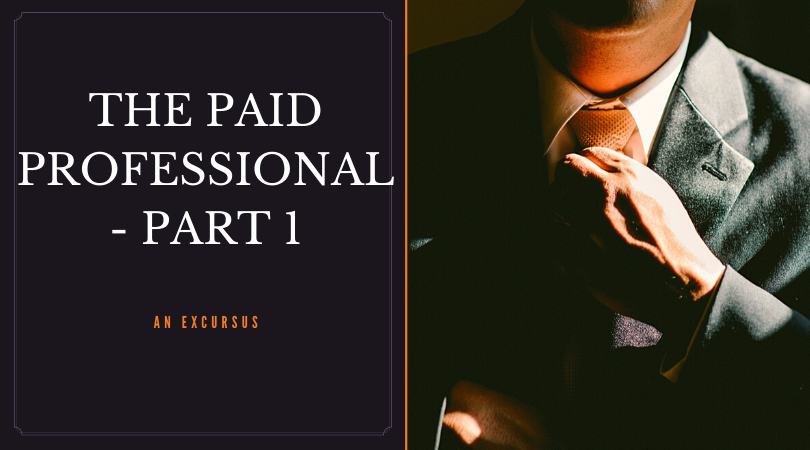 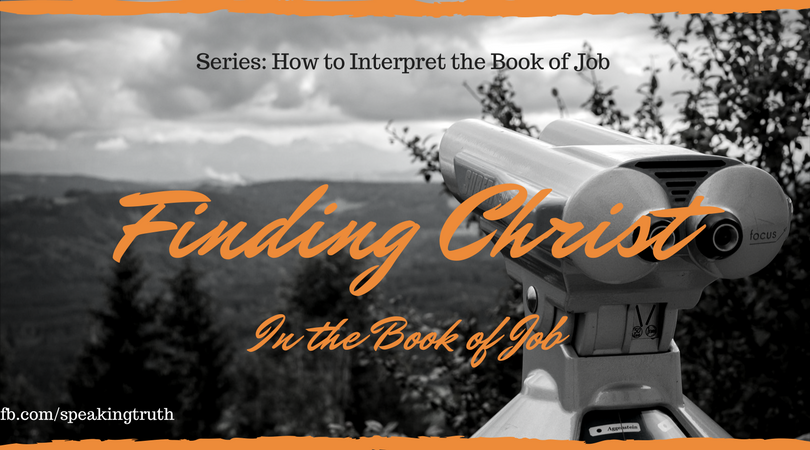