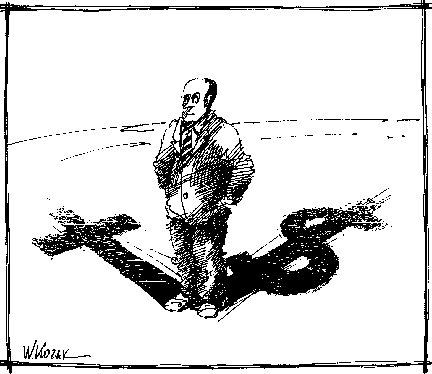 …is the root of all evil.  That’s what the Apostle Paul was teaching to Timothy in I Timothy 6:10 KJV.  In context, his message is in direct response to the church at Ephesus and their leaders’ desire for financial gain.  Not only is this message one of conviction for that church, but it’s also equally applicable to today’s society, as the focus on money seems greater than ever.

Turn on the evening news these days and what’s the major topic?  Money.  It’s all about money, in the form of bailouts, stimulus, greed, corporate corruption, financial advisors stealing, the housing bubble collapse, bank failures, the stock market…money, money, money.    I would argue that the majority of the current problems our country is facing are the direct result of the love of money, rooted heavily in a lack of Godliness.  We’ve become so obsessed with money on a global scale that it is literally undoing countries left and right.

Case in point: I began following the news, via the cable news channels, after the presidential election of 2000.  It was such a contested event, that I wanted to tune in daily for new updates.  Since then, I’ve made it a point to monitor world news and current events, though more so from a Biblical perspective, in the past year.  In this time, I’ve never seen such an obsession with the stock market as I’ve seen within the last year.  Rather than searching for the latest Dow Jones index in the morning paper or on the old CNN Headline News, you now see it everywhere; it’s a ticker on every channel.  It’s even a category on my new iPhone (yeah, guilty as charged).  People seem to bow to the market as though it’s an idol, a beast capable of controlling a person’s destiny, when in fact it’s nothing more than man-made instrument used by many to measure self-worth.  One of my biggest pet peeves regarding the stock market is the daily office discussions.  I remember the stock market taking nose dive last year and the monitoring fixation that took place several times a day.  It became such an annoyance that I would jump into the conversation just to offer up an opinion like, “You can’t watch that every day, it’ll drive you crazy”, in an attempt to discourage the exchange.  These examples are just microcosms of the passion, or love, of money that’s captured our society.

So what’s the Christian’s role in these discussions?  How are we to live in a society so obsessed with money?  Our role is to let Christ’s love and Light shine through us.  We can do this, not through negative comments, like I made above, but through sharing the truth of the Gospel.  Paul enforces this very action in I Timothy 6:17-18, “Command [warn] those who are rich in this present world not to be arrogant nor to put their hope in wealth, which is so uncertain, but to put their hope in God, who richly provides us with everything for our enjoyment.  Command [charge] them to do good, to be rich in good deeds, and to be generous and willing to share.  In this way they will lay up treasure for themselves as a firm foundation for the coming age, so that they may take hold of the life that is truly life.”  When we use Christian love to point out the dangers of the love of money it will open up the door for us to share the Gospel.  Instead of saying, “You can’t watch the market every day, it’ll make you go crazy”, maybe something more along the lines of “That market is just so unreliable and unpredictable isn’t it?  I used to follow it pretty regularly too, but after reading a passage in Mark 10, it changed my whole perspective on money.”  Then just kindly tell of Jesus’ parable on the Rich Young man.  That’s just one example, but hopefully it will make you think of opportunities to share the gospel when conversations, such as those on money, come up.

It’s easy for any of us, believers and non-believers to get caught up in race for money, but ultimately as Christians, we need to avoid the trap of trying to get money and focus on how we can give more.  It’s times like these when Christians need to step up their giving, not only through tithing more, but through giving to local shelters and food banks.  In doing so, we’ll show that our true Master is not money, but God. Matthew 6:24

Hebrews 13:5 “Keep your lives free from the love of money and be content with what you have, because God has said, “Never will I leave you; never will I forsake you.”