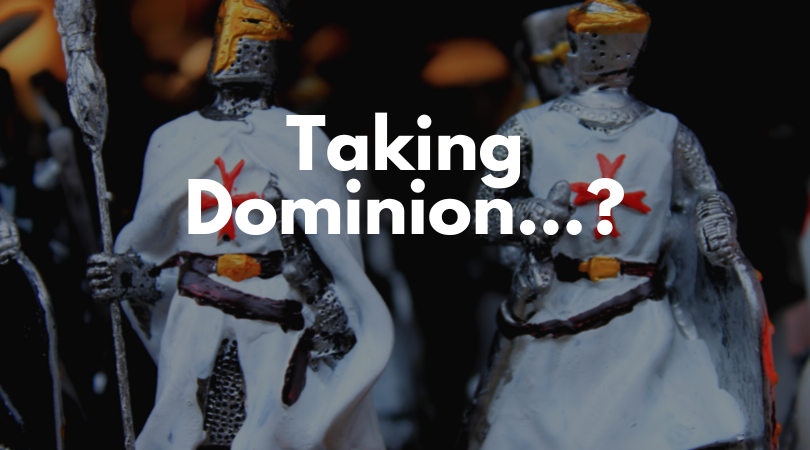 I’m working on a larger post describing the dangers of Dominion Theology and it’s outworking is related to a more recent post on The Danger of Over-realized Eschatology. As that post will hopefully show, Dominion Theology is the root of this error.

In the meantime, below is a video from the CrossPolitic guys in which they interview author and homesteader Rory Groves about his book Durable Trades. I’m familiar with CrossPolitic, their relationship to Doug Wilson and the church in Moscow, ID as well as their belief in infant baptism, paedocommunion, Federal Vision, their advancement of Theonomy, and the recent pejorative statements concerning Baptists and LGBTQ. I’m also familiar with Rory Groves having read his book, listened to nearly everyone of his podcast/vodcast interviews and am a homesteader myself. At some point I would like to write a series of posts devoted to the theological background of the Scriptural “why” to Durable Trades as a compliment to Mr. Grove’s concentration on historical developments rooted in the Industrial Revolution.

I’ve cued up the video at the start of the interview and there are three particular comments that I want to highlight, as well as the general tone of pushback offered by the CrossPolitic group. First, and right out of the gate, the opening question to Mr. Groves concerns whether homesteading is “retreatism”. I’ll offer more comment below, but if someone believes that then 1. They don’t understand homesteading 2. They think their food comes from grocery stores.

Second is the comment about where Mr. Groves has identified the trades that influence culture. Newsflash, the data is drawn historically from pre-Industrial Revolution (1790) and Francis Shaefer had not yet been born. Because the CrossPolitic guys interpret Genesis 1:26-28 as the “Cultural Mandate” where Christ through His Church takes dominion over every aspect of culture, they view all vocational efforts through that lens.

The third comment I want to highlight comes near the end of interview when one of the CrossPolitic interviewers pushes back on the notion of rural/homestead/farm living by stating the metanarrative of Scripture moves from a Garden to a Garden-City and he uses that as proof that we as a culture should move from rural to urban life. This is pure ridiculous and is almost as bad as when the same commentator said Theonomy means God’s Law and thereby everyone is a theonomist and should embrace that teaching. It’s shenanigan’s and Tom-foolery at best.

Take a listen and I’ll offer more commentary below:

I appreciate the CrossPolitic show having Rory Groves on, apparently by invitation. While I do wish the opening chapters of the book were longer, as it’s just one of those topics you want to read more about, I commend the book. It is very thought-provoking, as all books should be.

The central thesis of Mr. Groves’ book is to show that historically in America (and we might add throughout the world) more rural homesteads were the norm. Because of this, families were more multi-generational and worked together (an actual application of the woman created as the “help-meet”). Additionally, those on homesteads and farms did not live in isolation, rather they lived in community with one another, relying and assisting as the need arose (think Amish). With the rise of the Industrial Revolution, men were taken from the home, followed by women, and even children – brought into the workforce, though ultimately removed through mandatory State-sponsored schools. Literally, the home was evacuated and only to be reconvened for a few short hours in the evenings. In the book, Mr. Groves shows that there are still trades that have withstood the test of time that can allow the reconnection of multi-generationalism in the home and that the home itself can be restored to its foundational place in the economy (home economics). In turn, this can become an inheritance to one’s family (Prov. 13:22).

Now to the substance of the video.

It may have just been me, but I did find the overall tone of the interview to be negative and generally from a position of push-back. That’s fine. Push-back done rightly often helps us to refine our thinking and clarify our views and Mr. Groves handled it well.

The first issue, that of retreatism as mentioned earlier, occurs at 19:33 and is phrased around the question of whether what Mr. Groves did in leaving the city for a more sustainable life with his family was Establishing vs. Retreating from Culture. This really begins to expose the differences in interpreting and applying the passage on dominion from Genesis 1. The questioner is approaching Groves as one who holds to it as a Cultural Mandate, i.e. to invade every space in culture and claim it for Christ. An admirable, albeit misguided goal. Why? Because where does Scripture say that we are to embrace the culture around us, assimilate into culture, and then work to Christianize it? Scripture commands the exact opposite and the entire nation of Old Covenant Israel is a witness and example for this. What the questioner misses is that by moving to a rural area, Mr. Groves is actually building culture, a culture founded on the basic unit that God has created, the family. Additionally, rather than looking to culture to provide for daily needs such as food, water, utilities, etc. those of us in rural situations understand there is much more reliance upon God, parallel to Israel’s agrarian society who relied on God for their daily bread. It is a logical flaw to assume that culture occurs only in the city and only relative to advancements in art, science, and technology. Genesis 4:17-22 in contrast to Genesis 5:28-31 is witness against that fallacy. Using their own logic and hermeneutic one might counter by simply asking, why would you want your local politician to be “Christian”, but not the person who raises your food?

Side note, and not one of the major issues I noted earlier, but at the 21:58 mark the same questioner brings up an initial statement from the book on “brittle systems” and then proceeds to ask Mr. Groves (snidely?) what is brittle about the American system. This could be a legit question; it could also be a leading question to get more info for the audience. However, if it is coming from a skeptical perspective, one need only to observe what happened during the early months of the pandemic to understand how brittle – in reality how a house of cards – the American system really is. See also this post from March 2020: Exposed

The second major issue begins at the 24:00 mark after a second questioner takes issue with the Table of Contents by stating, “This is one of the weirdest Table of Contents I’ve ever seen before.” Typically, a statement like that is not complimentary, but in reality, it goes a long way towards a general ignorance of the book itself. I appreciate Mr. Groves taking the criticism in stride, that shows more of his own heart and character than of those questioning his effort. The book is structured into three parts: Part I – Brittle Systems, Part II – Durable Trades, and Part III – Durable Foundations. The second part is subdivided with each individual durable trade listed for ease of reference (Note: #22- Honorable Mentions probably should have been broken out into a section heading, rather than numbered, as with Key Findings #1). After this statement, we get yet again to the heart of the so-called Cultural Mandate at the 26:25 mark, “I’m looking for the fields where you change the culture at.” This comment isn’t surprising given the reference to Kuyper and Schaffer that I made above, but it is what happens when you live in the present with no regard for the past and then subsequently view the past through the lens of the present. The trades were taken from 1790 and then given a set of criteria for durability. What culture were they trying to change in 1790? None. They were building culture from the ground up.

The third and final concern that arises from the interview occurs near the 27:30 mark. As mentioned earlier in the intro, the interviewer takes issue with the idea of a rural/homestead/farm living environment by stating that the metanarrative of Scripture moves from a Garden to a Garden-City.

The Bible starts with a garden and ends in a city. It’s a garden-city,
full of trees, um and so on, but it is a city. And it seems to me there
is something to that. There’s a move from agrarian culture to God building
a city, a kingdom.

As the question rambles on, it becomes clear that the goal of it is to undermine the idea of a rural lifestyle of farming or homesteading and then to support that assertion by framing the Scriptural meta-narrative as one moving from a Garden to a City, even a Garden-City. This is remarkable on a number of fronts. First, and foremost, does Scripture posit a meta-narrative shift from Garden to Garden-City. Well, yes, sort of. It’s well-known that God created Adam and Eve and placed them in the garden to work and till it. However, upon closer examination God actually created a Garden-Temple and put, literally rested, Adam in it to keep and guard it, both priestly functions. As Scripture moves on, the agrarian lifestyle continues with Noah, The Patriarchs, and Israel, apart from Cain, the Tower of Babel, and Sodom and Gomorrah (all interesting points in and of themselves). The structure of Israel’s economic lifestyle was based primarily on agrarianism and reaches culmination in the Land of Canaan – not a city by the way, in which a temple is built. In the New Testament, the agrarian lifestyle continues, though the Israelites are now essentially in exile still, while cities like Jerusalem remain in view as well. Then we arrive at Revelation, specifically chapter 21, where we find that John is given a vision of not only a Garden-City, as CrossPolitic asserted earlier, but instead a Garden-City-Temple motif that is also referred to as the Bride. The actual metanarrative of Scripture is not from Garden to City or even Garden-City. Rather it is a Garden-Temple, the place where God dwells with man. This continues Scripturally while picking up the theme of Jerusalem as the place where the earthly temple was built, which by the way was a copy and shadow of the heavenly temple. Then, with Christ these themes are not cast aside, rather they expand with “Greater than the temple” as His own body, the temple as the body where the Holy Spirit resides, the temple being built up on the foundation of apostles and prophets, culminating these themes with the descent of the Garden-City-Temple-Bride from heaven to earth now embodying the entirety of the New Heavens and New Earth. How someone could take this to imply that we should move from the country to the city is simply asinine. Mr. Groves does a good job of answering this question, despite the ridiculous nature of it.

In summary, Rory Groves book, Durable Trades, is a noteworthy book and should be wrestled with and poured over, particularly in light of all that has happened over the last 2+ years. The nature of the interview highlights the significant differences that are becoming increasingly obvious by those who espouse a dominionist, post-millennial hermeneutic who want to see America under the rule of God’s law (Theonomy), with Christian art hanging in every household, while apparently eating engineered food because Scripture’s metanarrative proves we should live in cities. I’m only being partly facetious. More to come. 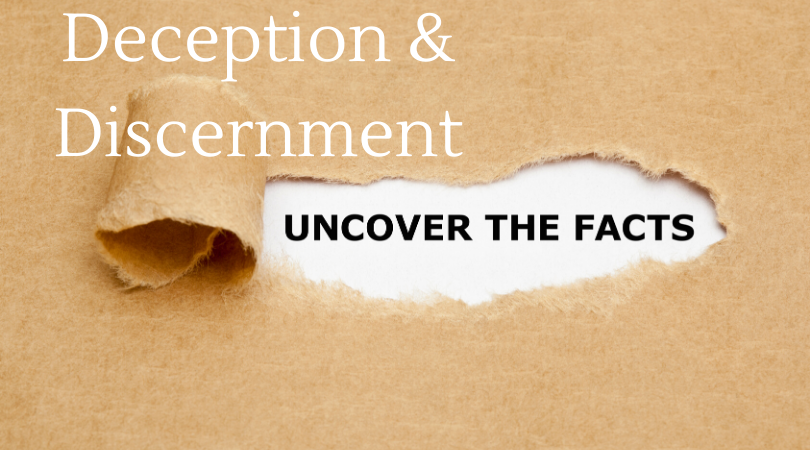