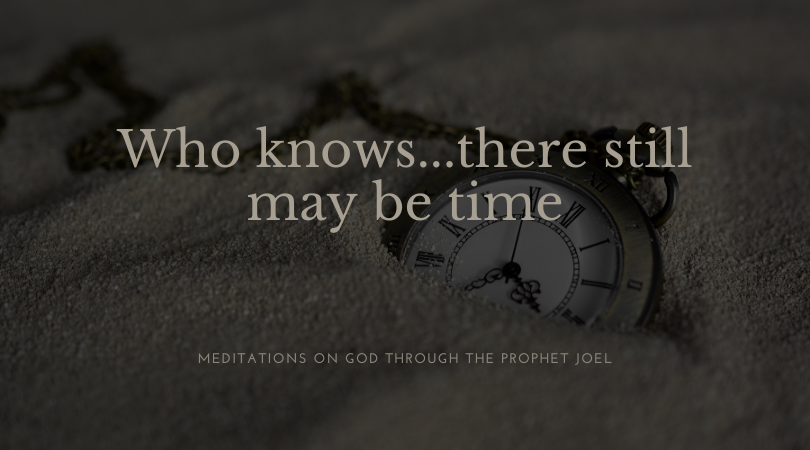 In a recent post we saw how the prophet Joel provided for us, via pre-exilic Judah, the proper response for coming calamity, namely repentance. In the second chapter we read of this calamity arriving and defined as the Day of the Lord, a frequent phrase used by Joel and many of the Old Testament prophets (see also 1 Peter; Heb. 10). The Day of the Lord is a shorthand reference for the judgment of God. It has both near and far implications. On the one hand, it speaks to pending judgment in the time of Israel through approaching armies such as the Babylonians or locusts, as here. On the other hand, it also points forward to culminating judgment at Christ’s return where He will judge all and separate sheep from the goats. In Joel 2:1-11 the Day of the Lord is described in apocalyptic language using cosmological terms which describe an approaching army in order to illicit fear of God and a proper response to His pending judgment.

In this passage, the Day of the Lord is called “a day of darkness and gloom, a day of clouds and thick darkness” (Joel 2:2). From here, the warning of an approaching army blends the language of a physical army with that of locusts used in chapter 1. Indeed, the morphing from locusts to an army is consistent with the passage on curses from Deuteronomy 28 that describe an invasion of locusts followed by an army of enemies carrying them into exile (Deut. 28:38-44; 48-51). Furthermore, the use of locusts and armies are likewise blended in Revelation 9:1-11 where also their invasion follows a trumpet blast. The description of these invaders in Joel 2 wraps up with a declaration that they are God’s army and asks the rhetorical question of who can stand in the Day of the Lord.

The Lord utters his voice
before his army,
for his camp is exceedingly great;
he who executes his word is powerful.
For the day of the Lord is great and very awesome;
who can endure it? Joel 2:11

With the conclusion of this fearsome description of the Day of the Lord, God interjects with another call to repentance which is followed by the prophet reiterating the call along with a surprising statement.

12 “Yet even now,” declares the Lord,
“return to me with all your heart,
with fasting, with weeping, and with mourning;
13     and rend your hearts and not your garments.”
Return to the Lord your God,
for he is gracious and merciful,
slow to anger, and abounding in steadfast love;
and he relents over disaster.
14 Who knows whether he will not turn and relent,
and leave a blessing behind him,
a grain offering and a drink offering
for the Lord your God? Joel 2:12-14

Even after describing the Day of the Lord as terrible and awesome, God still holds out a hand of mercy by inviting Israel to repent, “yet even now”. It is perhaps one level of mercy to call the people to repent based on God’s past actions and people’s present attitudes, as in chapter 1. However, it is clear from the passage above that God is holding out a sliver of mercy in again calling the people to repent before the window of judgment completely closes. This had not yet progressed to the point of Hebrews 12:17.

We should note well God’s call to repentance is not for a superficial response, but is meant to be from the heart, which is then followed with external actions of fasting, weeping, and mourning. Too often it seems that we, as with the examples set before us with Israel (1 Corinthians 10:11), assume repentance involves some kind of outward response or outward action on our part. As with here, repentance always flows from the heart outward. God dispels the notion that outwards displays, i.e. rending garments, is anything; instead rending of the heart is what’s required.

In verses 13-14, the prophet Joel interjects to reiterate God’s call to repentance by grounding the call in the very character of God: The collection of these attributes, written summarily as the prophet did, are meant to recall Exodus 34:6-7. The scene from which the prophet is drawing is multifaceted. First, we note that God had already written the tablets of stone for Moses and that upon the noise of war he had gone back to the people to find them worshipping the golden calf (Exodus 32). Upon hearing the news from the Lord, Moses intercedes for the people and implores the Lord God to remember His covenant and be merciful. In response to his appeal, the Lord did relent from His wrath. However, at the sight of the calf with his own eyes, Moses threw the tablets and broke them, ground the calf to dust and made the people drink it, and issued a call for all those who follow the Lord to come forward. In turn, the Sons of Levi stepped forward and Moses charged them to execute the idolaters, which totaled 3000. Upon returning to the mountain, Moses asks to see God’s glory, that God might be known to him. In response, the Lord tells Moses to cut two more tablets like the first set. Then he passes by Moses and utters the words from Deuteronomy 34 cited below:

6 The Lord passed before him and proclaimed, “The Lord, the Lord, a God merciful and gracious, slow to anger, and abounding in steadfast love and faithfulness, 7 keeping steadfast love for thousands, forgiving iniquity and transgression and sin, but who will by no means clear the guilty, visiting the iniquity of the fathers on the children and the children’s children, to the third and the fourth generation.”  Deuteronomy 34:6-7

At this, the covenant, which Israel had already broken, symbolized through the shattering of the two tablets, was renewed. In reality, God had relented His wrath towards Israel and had given them a second chance. They had broken and violated the covenant terms while the ink was still wet on the tablets, yet God in His mercy offered the covenant to them again.

In referencing this passage as Joel does, he is calling the Israelite mind back to the scene we just rehearsed and the covenant inauguration ceremony at Sinai with their mediator Moses, specifically the covenant renewal in Deut. 34. The reason for this is two-fold. One, it calls Joel’s audience to remember the original second chance at the inauguration of the covenant – which their fathers broke, and that it was rooted in the very character of God. God relented of his wrath at the intercession of Moses. Joel highlights this by concluding, “he relents over disaster”. Second, it calls them to the covenant section of the Pentateuch where God promises divine punishment and curses for violating the covenant, which included the aforementioned locusts and armies to follow. Summarily, God’s punishment of sin is a certainty, but only because it is consistent with His character which is – gracious, merciful, slow to anger, and abounding in steadfast love. However, it is because of His character, namely His mercy, that He withdraws His wrath and relents.

At the conclusion of reciting God’s attributes and the stating that God relents over disaster, as was the case at Sinai and could be the case during Joel’s ministry if the people offer heartfelt repentance, there is a surprising statement, “Who knows whether he will not turn and relent”. Having cited an example from their covenant inauguration/renewal where God actually did relent of his wrath, seemingly at the behest of Moses, Joel offers an insightful commentary to that occasion as well as the situation in his own day. This comment, “who knows” states that it is God’s freedom alone whether or not He is merciful. Using that as an interpretive grid for the episode at Sinai we learn that it wasn’t Moses bending God towards his own will, rather it was God expressing His own freedom, freedom to have mercy on whom He will have mercy (Romans 9:18). This truth is just as sure in Joel’s day, as it is in our own day.

In the God-authored prophecy of Joel, the warning of the terrifying and awful Day of the Lord was given to the people. In giving a warning there was mercy, mercy in allowing time to repent, mercy in allowing time to prepare. In the opening chapter, God called the people to repentance by reminding them of His past actions of judgment. They neglected the first call to repentance. Here in chapter two, God again calls the people to repent at the coming threat of His terribly Day. Even then, with that Day approaching, God held out His hand of repentance. True heartfelt repentance was what He desired. Yet repentance does not cause God to bend His will. Repentance does not strong arm God or back Him into a corner. It is not a negotiating tactic nor is it quid pro quo. God calls for repentance, then it is strictly on the basis of His own freedom whether He will relent of His wrath.

In our own day it is clear that God has sent out warnings as well. If we were to ignore all prior acts of God, even those within our lifetime, there has still been enough of a window for repentance from the warnings given during the last two years. Yet that window will not remain open forever. God even now is calling for repentance. There are still an incredible number of professing Christians who are carrying on with business as usual and are content to return to the status quo either ignorant or apathetic of God’s providential warnings. Equally, there are a number of professing believers who recognize the perilous times in which we are living yet see no urgency for repentance because their hopes are set on political reform.

Make no mistake about it, God is merciful. But He is also just and will not withhold His judgment forever. Repent. Who knows…there may still be time. 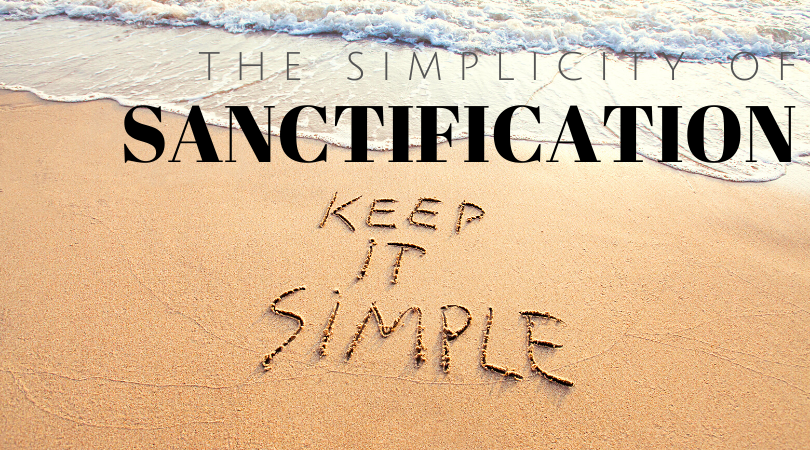 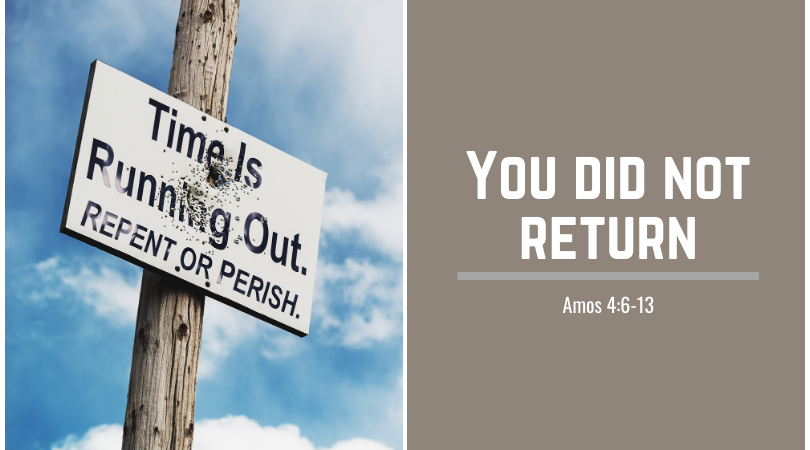