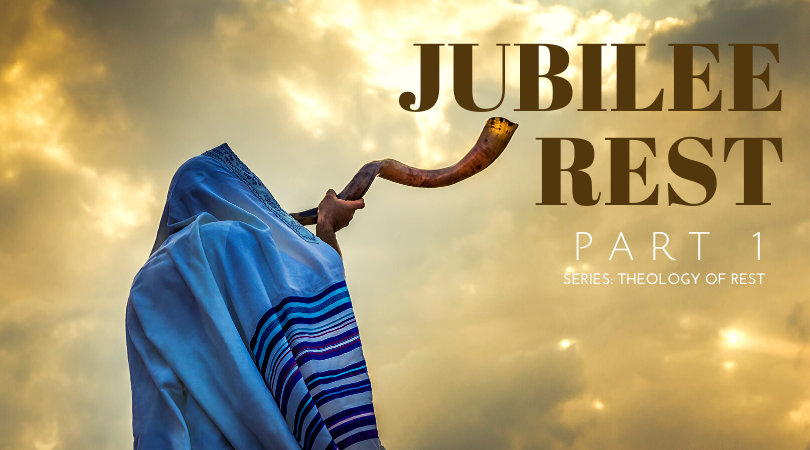 In our on-going study of the Theology of Rest, we arrive now at a feature of rest that is briefly explained in Scripture, but has broad, overarching consequences as we consider it from the perspective of both the Old and New Covenants. Briefly, last time we examined the institution of Sabbath Rest, inscripturated as the Fourth Commandment from God. We found that this command was founded both upon Creation and the Israelite Redemption from Egypt. Additionally, we discovered that the Sabbath command included 6 days of work, 1 day of rest, and was accompanied by a statement of judgment for its violation, namely to be cut off from the people by death. Similarly, we saw the expansion of this 1 Day in 7 Sabbath to a 1 Year in 7 Sabbath, which included rest for the land and animals, as well as provisions for the poor and animals from the fallow land. This we designated as a Sabbath Principle because the rest included all facets of creation within the community of Israel, including those sojourning through. Which brings us to a related, and again expanded, principle of rest, namely Jubilee. The Year of Jubilee, as it is often called, follows upon the establishment of the Sabbath Year, a one year in seven period of rest that extended to the land and required the people to trust in the provisions of God from the prior year. In other words, they were to rely on God to provide for them not only for the sixth year, but in the sixth year for the seventh year. We examined this in more detail from other passages in our series on Sabbath Rest, (Leviticus 25:1-7). Following this passage, we arrive at the observance of Jubilee, Leviticus 25:8-55, in which God expands upon the principle of the one year in seven Sabbath by requiring that every seventh sevens were to be followed by a Year of Jubilee. Essentially, this means that every 49th year (7×7), would be followed by Jubilee in the fiftieth year. Furthermore, the inauguration of Jubilee was to occur on the 10th day of the seventh month, otherwise known as the Day of Atonement, through the sounding of a trumpet blast throughout the land of Israel. In Hebrew, our English word Jubilee is the translation of yowbel, which came to mean a ram’s horn or trumpet because of it’s usage. It may be easy to see that “Jubilee” came to be the translation because of a transliteration of the Hebrew word (ywbl). In reality, Jubilee (yowbel) was inaugurated with a blast of the trumpet (shopar), which is the familiar looking ram’s horn. The Greek New Testament, or Septuagint (LXX) calls it the Year of Release and uses the Greek word, aphesis, meaning remission or forgiveness. While we can look to the LXX to help our understanding of Old Testament terms, here it could lead us to an understanding of Jubilee, i.e. forgiveness, that is not supported by the passage. Instead, what we actually have, as we will see, is the ordering of societal transactions around Jubilee resulting in the payment of debt, not it’s cancellation. This principle of payment, to be observed after the seventh of seven sabbath year observations, is clearly outlined in our subject passage from Leviticus 25. The chapter, as Walter Kaiser points out, is structured, “using the key rhetorical device of the phrase, ‘I am the LORD your God’ (vv. 17, 38, 55)” which helps divide the chapter into three sections with an introduction: Each section then has a closing theological exhortation: Turning to this chapter we pick up on the theme of Jubilee, after our Sabbath year discussion, which occurs at the beginning of section 1, Leviticus 25:8-22

8 “You shall count seven weeks of years, seven times seven years, so that the time of the seven weeks of years shall give you forty-nine years. 9 Then you shall sound the loud trumpet on the tenth day of the seventh month. On the Day of Atonement you shall sound the trumpet throughout all your land. 10 And you shall consecrate the fiftieth year, and proclaim liberty throughout the land to all its inhabitants. It shall be a jubilee for you, when each of you shall return to his property and each of you shall return to his clan. 11 That fiftieth year shall be a jubilee for you; in it you shall neither sow nor reap what grows of itself nor gather the grapes from the undressed vines. 12 For it is a jubilee. It shall be holy to you. You may eat the produce of the field. Leviticus 25:8-12

In this passage we are introduced to Jubilee and given its “when” and “how” to observe. In summary, we find that at the end of the forty-ninth year, the year of Jubilee was inaugurated on the Day of Atonement and was to last for the entire year. During this year, the emphasis was on people and land, specifically a nationwide buyout of all contractual obligations regarding both of these. All indebted servants or slaves were to have their freedom purchased and all property that had been leased was bought out and “returned” to its original owner (clan, tribe). Likewise, there was to be neither sowing or reaping, as with the original seventh year Sabbath. Regarding this harvest, we need to realize that the Year of Jubilee followed a Sabbath year (year forty-nine), in which the land was to rest, allowing the poor and animals to gather from what the land had produced in year six. This means that the people had to rely on what God had provided in year six (year 48) to last them for three years (49 – Sabbath, 50 – Jubilee, 51 – sow/harvest) as well as the residual produce that God provided during the fallow periods! There was no sowing and harvesting in either of the seventh year Sabbath or the Year of Jubilee, and it would take months for the harvest to be ready in the following year! Considering all of the Sabbaths together, we see how this principle telescopes out from 1 day, to 1 year, to now in actuality 3 years total. If ever there was a practical example of relying on God for literal daily bread, it was this. Furthermore, how better to be “trained” to trust in God than through total reliance upon Him for food for an extended period of time.

In the next passage of the Jubilee policy, we find more details as to how this regulation of people and land, with respect to the Year, was supposed to work. Land sales (leases), were to be made with the Year of Jubilee as a point of reference. The greater the number of years from the lease of the land to the Jubilee, then the greater the price of the land, with respect to the production of crops from it. Conversely, the lesser number of years, then the lesser amount of the lease. Essentially, this ensures that there was fairness in their transactions. No one was to be extorted for a high price on a piece of land, rather it was a relative price with respect to Jubilee. In verse 17 we read of the justification for the fairness in these transactions and the liberty that was to be granted to both people and land, “you shall fear your God” and “I am the Lord your God.” It was founded upon the very character of God and His relationship with His people. From their perspective, their was to be reverential fear and from His perspective there was ultimate ownership. The land and the people were both His. To answer the anticipated questions that would arise from the ever-grumbling Israelites about what they would eat during the fallow years we mentioned above, God weaves the answer into the ensuing section of the passage which is introduced with conditionality.

18 “Therefore you shall do my statutes and keep my rules and perform them, and then you will dwell in the land securely. 19 The land will yield its fruit, and you will eat your fill and dwell in it securely. 20 And if you say, ‘What shall we eat in the seventh year, if we may not sow or gather in our crop?’ 21 I will command my blessing on you in the sixth year, so that it will produce a crop sufficient for three years. 22 When you sow in the eighth year, you will be eating some of the old crop; you shall eat the old until the ninth year, when its crop arrives. Leviticus 25:18-22

The blessing from faith in God and the obedience to His statutes and rules was going to be made evident through Divinely provided security in the land and the provision of food sufficient for three years. In other words, their faith was rewarded, which may also imply that unbelief carried with it drastic consequences. This is at the heart of the blessing and cursing motif which was described prior to the Israelite entrance into Canaan and eventually enacted (curses) through their disobedience (see Leviticus 26). In the next post from this series we’ll examine the requirement of land redemption as it pertains to the Year of Jubilee.