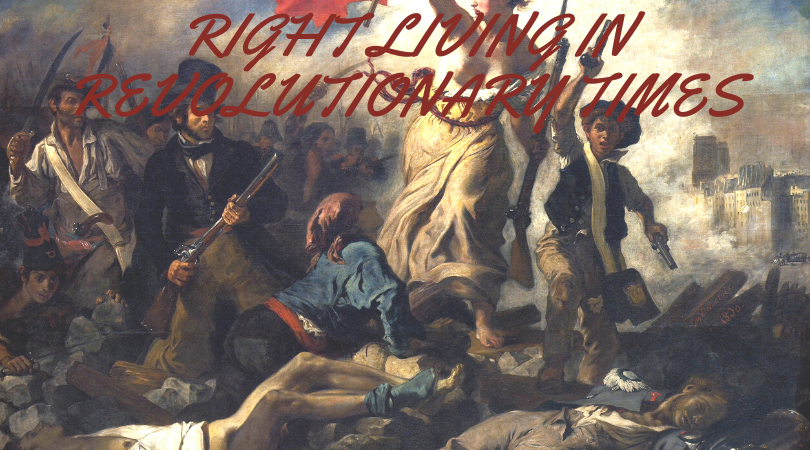 Over the past couple of posts we have been reviewing a message delivered by Martyn Lloyd-Jones in 1975 at his annual Puritan and Westminster Conference. As we’ve seen, this particular conference was devoted to the Christian and the State in Revolutionary Times, and Dr. Lloyd-Jones’ message in particular dealt with reactions to the French Revolution. Moving through his message as we have, we’ve been working with the assumption that our present day is in the midst of revolutionary times, which have likely been in development for decades, but have been accelerated over the last couple of years as we move full speed ahead into the Fourth Industrial Revolution. This has revealed for us that we have our own revolutionary reactions, which follow a similar pattern as outlined by Dr. Lloyd-Jones, which we discussed in the first post. In our last post, we focused on applications that could be made when surveying these reactions as well as outlined a biblical approach for our own reaction. This approach began with considering our own heavenly citizenship, followed by recognizing the importance of eschatology – which included a right view of man and nation, then a proper view of Church and State, and finally understanding that Christians cannot, indeed must not, be overly excited about reform, particularly political action. With this review before us, we turn now to ask, “How then shall we live” in this revolutionary time?

How Christians should live in revolutionary times is essentially Lloyd-Jones’ summary conclusion to his message, but like the previous points there isn’t an enumerated list or necessarily structure to it, so some interpretive analysis will be necessary.

Our first observation of note builds upon the concluding point from our previous post, namely that Christians should not trade one tyranny for another by getting excited about reform or political action. Instead, Lloyd-Jones says that Christians should offer passive resistance. As he concludes, many Christians in other countries, such as those where persecution is high and liberty is low, Christians cannot fight against these impossible odds, but should instead offer passive resistance, “so in many countries today the Christian can do nothing but indulge in passive resistance, and he must continue in that until a point arrives that his Government tries to interfere with his relationship to God, or his worship of God. His resistance must then become active resistance.” (Puritans, p. 345) Conversely, for those who live in a country where the majority are pro-reform and fighting for improvements in all areas, then Lloyd-Jones concludes that it is the Christian duty to join in those efforts so long as he is not foolish about it. Even here, the wisdom is for passive resistance until the possibility for the desired reforms can be reached. Regardless of the situation that one providentially finds themselves in, the right response for the Christian is to be the best citizen he/she can be in the given circumstances. This is obvious from Scriptural witnesses such as Joseph, Daniel, and indeed our Lord Himself who had no interest in fighting for reform from the tyranny of Rome nor of the wicked vassal Herod. Examples of this, as mentioned, abound throughout Scripture but come more clearly into focus in the life of Christ. Take for example on the night of Jesus’ betrayal and arrest as the guards come to take Him into custody and His familiar rebuke of Peter wielding the sword in His defense. Far from being a pacifist position, after all Peter was carrying the sword, it better puts into perspective the relationship between His kingdom and that of worldly rulers. Indeed, even unto His very own trial for life He declared, “My kingdom is not of this world.” John 18:36 Naturally this entire principle for right living in revolutionary times is built upon our earlier understanding that principally our citizenship is in heaven.

Second, as Christians we must take heed of the times in which we live guarding our hearts against the cares and snares of the world as we watch and pray against temptations. Here, Lloyd-Jones references Luke 21:34-36

34 “But watch yourselves lest your hearts be weighed down with dissipation and drunkenness and cares of this life, and that day come upon you suddenly like a trap. 35 For it will come upon all who dwell on the face of the whole earth. 36 But stay awake at all times, praying that you may have strength to escape all these things that are going to take place, and to stand before the Son of Man.”

This passage comes at the end of the last section of Jesus’ earthly ministry, particularly to Jerusalem, which began with His triumphal entry. In other words, these are His last words of exhortation before His arrest. The structure of these verses has both present and future elements beginning with the command to watch. Sometimes translated as “beware”, the idea here is simply to bring your focus and attention to yourself. The tri-fold warning that follows helps add clarity to the command that is inward focused; a type of heart introspection that guards against being burdened, or we might say brought down under the weight of gluttony, drunkenness, and generally the cares of life, which our Lord says are a trap. Overemphasis on the pleasure and concerns of life will ultimately be to our detriment and they are specifically warned against in this passage. The second clear command is to to stay awake, other times translated as being sober-minded. This is accompanied by a supporting exhortation to pray. Specifically watching and being sober-minded allows one to avoid the fog of this life in order to pray for the strength to escape the trials and tribulations that are coming so that we may stand in the Day of the Lord. This is worthy of more meditation and is critical to the Christian mindset in revolutionary times. Lloyd-Jones concludes the application of this passage with the following sober reminder

We are not to get excited about the ‘christianizing’ of art of politics or anything else, imagining that you can do so. Exhort people to be ready and prepared; warn them. This surely is the primary business of the preacher at a time like this.

Amen. This should be the principle of engagement among fellow Christians particularly in our own revolutionary times.

Third, again following loosely the order arrived at in Lloyd-Jones’ message, is the issue of conscience. Take the case of two Christian believers, the one who by conscience, informed by Scripture, is leading him to defy the rulers of the day, whereas the conscience of the other leads him to maintain the status quo. The example of Deitrich Bonhoeffer and his role in founding the Confessing Church, who ultimately was killed for his part in a conspiracy to overthrow Naziism, fits perfectly into this scenario. Other Christian pastors during the Second World War were more supportive, perhaps even swept-up, with National Socialism. The point is that as Christians we have liberty of conscience and in matters that aren’t necessarily sinful, we have freedom to exercise our conscience as we feel the Lord is leading, principally through His Word, but secondarily through the circumstances of the day. Conversely, we must not seek to impose our own will on the conscience of others, thereby in effect wounding the consciences of one another.

Our final point contains two subpoints, as Lloyd-Jones says our, “overriding concern should always be our relationship to God, and our looking for, and longing for the coming of Christ.” (Puritans, p. 346) This is principally our only response in revolutionary times. All other reactions, whether they be reform or revolution (or revival?), must yield to this foundational concern. Unfortunately, it is either by neglect or ignorance that this point remains chiefly ignored in our day, as in Lloyd-Jones’ day, which has inverted society and caused the worship of man rather than God. He says, “Democracy is the ultimate and highest human idea of government but because of man’s fallen sinful nature it must lead to lawlessness and chaos.” (Puritans, p. 346) Consider where we are in the history of the U.S. and not only here but throughout Western Civilization all of whom consider themselves under some variety of democracy. We are degenerating at such a pace that the very pillars of democracy are eroding before our eyes due solely to the worship of man and the neglect of proper, reverential, and Scriptural worship of God. Therefore, what ultimately needs to happen is a return, i.e. repentance, to God through His Son Jesus Christ and that can only happen through a work of the Holy Spirit.

Related to a right relationship with God and a longing for the second coming of Christ is to share this hope with others. Whereas the emphasis from our second point above was primarily to guard our own hearts, here the concern is to communicate the hope of God in Christ to all men everywhere. In other words, by proclaiming the Gospel, namely that Jesus Christ came into the world to save sinners, and warning men everywhere of the wrath of God to come, they may be convicted to the heart that reconciliation with God is their biggest need, not revolution with oppressive regimes. To this, Lloyd-Jones comments, “They are entitled to liberty and freedom; but, still more important, they have to meet God and stand before Him in judgment.” (Puritans, p. 346)

Finally, our second point under the broader heading of concern for a right relationship of God and a longing for the return of Christ is to consider our life is a vapor. “What is your life? For you are a mist that appears for a little time and then vanishes.” James 4:14b In the grander scheme of eternity, our life is but a mist, a vapor, therefore we ought to make the best use of our time by keeping in mind that eternity awaits us. The things of this world which are apt to make us agitated and irritated are only temporary. We so easily allow them to disturb our peace and distract our focus. We ought to fix our minds on our opening observation that our citizenship is heavenly. Not only that, but our life on earth is but a vapor. Holding these two together helps us to keep our heavenward focus while keeping a loose grip our earthly life. Opposition to this is legion these days with everyone and everything vying for our time and attention. Additionally, many people are distorting the political machinations of the day by turning them into eternal issues through deceptive means and the abuse of Scripture. By twisting God’s Word, through the promotion of ongoing prophecies or revelations, or simply by an over-realized eschatology, there is a great temptation to emphasize, indeed equate, the present day with eternity. God is not hiding information, nor His plan, from His children. It is perfectly revealed in His inscripturated Word. He has anointed a ‘man’ to fulfill His plan and His name is Jesus, the eternal Son of God, the reigning and ruling King. This final point of considering the finiteness of our lives is well summarized by C.T. Shedd in 1860, “Only one life, ’twill soon be past, Only what’s done for Christ will last.” Therefore, may we live with the eager expectation of Christ’s coming and may all we do, say, and think be for the glory of God. 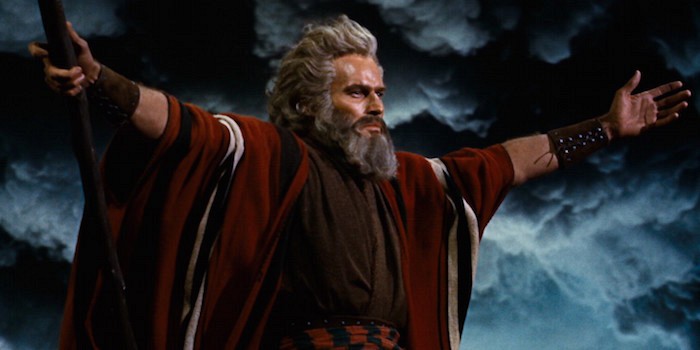