It’s been nearly a year since I asked the following questions on this blog, “What’s it going to take Christian?  What will it take for you to stand and say enough is enough?  What will it take to arm yourself with the sword of the Spirit and prepare yourself for this war?” If you read that post,  The Unseen War, or  Make War from October, or Battle Cry  in November, then you know this battle is not something to be taken lightly.  I would really like to know, why it is that most Christians are not only unwilling to fight, but most don’t even realize there is a war going on?

“Until you believe that life is war – that the stakes are your soul – you will probably just play at Christianity with no bloodearnestness and no vigilance and no passion and no wartime mindset.  If that is where you are [this morning], your position is very precarious. The enemy has lulled you into sleep or into a peacetime mentality, as if nothing serious is at stake. And God, in His mercy, has you here [this morning], and had this sermon appointed to wake you up, and put you on a wartime footing.”

If you’re reading this message today, then I pray too that God would have mercy and awaken you to the battle that is taking place.  It’s literally all around us and it is taking place on multiple fronts.  It’s an unseen war, but the casualties are very real, very visible. The primary front where the war is taking place lies within you.  Be honest, did you ever think that 24/7 there is a war going on right inside of you?  It is a battle for your soul and if you are a Christian you need to be made fully aware of this fight, which you are equipped to defend yourself against, and that you should not be satisfied with anything less than victory.

Have you ever wondered why it is that you have so much inconsistency in your Christian walk with God?  Consider the ups and downs, triumphs and failures that seem to happen so frequently in your life, as though you were being tossed around like a ship at sea.  Maybe you make it a week reading the Bible consistently, only for it to make it back to the shelf for a month.  Perhaps you are battling a particular sin: lust, alcoholism, laziness, gluttony, anger, greed, indifference to everything that doesn’t include you, pride, fear, or jealousy.  You want to fight and make some progress, but can never seem to claim victory.  Do you know why that is Christian?  It’s because you haven’t declared war!

Author Alan Redpath offers the following statement, “Every gain I have made in Christian character will be resisted by the devil down to the end of life’s journey, and there will be no personal experience of the power of Jesus Christ in victory until I declare war on sin.”  Do you get that Christian?  This isn’t a game.  Christianity is not a show up once a week and play church.  “Christianity is not a settle-in-and-live-at-peace-with-this-world-the-way-it-is kind of religion, like most Christians live there daily lives.”  It’s a war.  Yet it’s not a war against anyone else, but against every one of those sinful desires that are battling inside of you.  As the Apostle Paul states in Romans 8:13 ESV, “For if you live according to the flesh you will die, but if by the Spirit you put to death the deeds of the body, you will live.”  Each of us needs to come to the realization that “The only foothold Satan has in your life is your flesh and your sin.”  Now read that second part of Romans 8:13 again, “put to death the deeds of the body”, that’s war!  That is an all out war against sin and you need to learn how to fight.

How then do we fight?  Romans 12:2 ESV states, “Do not be conformed to this world, but be transformed by the renewal of your mind, that by testing you may discern what is the will of God, what is good and acceptable and perfect.”  The First assault for you to make in this war is to break free from the world, “Do not be conformed to this world.”  The pattern of the world lies to you and makes you believe that you have rights and freedoms that you can enjoy because after all it’s your life right?  The world tells you that it’s all about you, about you making money, you having a nice job, you having a big house, you having a new car, you saving for retirement.  What about God?  The world also lies to us and wants us to make peace with sin.  For instance, it’s not ok to make peace with pornography, it’s not ok to make a few clicks of the mouse and visit certain sites.  It’s not ok to go out drinking with the “guys/gals” or to subject yourself to offensive language in Rated-R movies or Explicit Lyrics music.  It is not ok to make peace with anger, greed, pride, or laziness because you are resolved that “this is who I am, so I might as well live with it.”  No, all of those are conforming to the world’s pattern and making peace with sin.

You’re probably thinking, “wait a second, this sounds like legalism, you can’t say what I can and can’t do.  I’ve got rights and freedoms.”  It’s not legalism, dear friend, it’s holiness, it’s living Christ-like and trusting in Him to complete the good work He has started in you.  Legalism means that you are depending on your “good works” or morality to improve your standing with God.  Sanctification, or the process toward holiness, is wholly dependent on Christ, who has not only justified your standing with God if you’ve trusted Him as Savior, but it is Christ continuing to work in your life to make you more like Him.  It’s understanding that your power to fight doesn’t come from within, but instead comes from Jesus Christ.  It’s knowing that, “I have been crucified with Christ. It is no longer I who live, but Christ who lives in me. And the life I now live in the flesh I live by faith in the Son of God, who loved me and gave himself for me.” Galatians 2:20 ESV

The second advancement in this war is found in the latter part of Romans 12:2 ESV, “but be transformed by the renewing of your mind.”  Renewing your mind comes from thinking not on the everyday trivialities of this world, like money, a big house, or nice/new car, but on eternal things, like treasuring the Son of God, worshiping and loving the Lord, serving others.  “Finally, brothers, whatever is true, whatever is honorable, whatever is just, whatever is pure, whatever is lovely, whatever is commendable, if there is any excellence, if there is anything worthy of praise, think about these things.” Philippians 4:8 ESV Have you ever thought about just taking off a day of work to spend time with the Lord, or to do something for someone other than yourself?  What about focusing on your relationship with Christ, instead of focusing on the fleeting material possessions of this world?  What about filling your mind with Scripture, not just the lyrics of your favorite song or catchy sitcom phrases.  This is the renewal of your mind.

The third wave of your attack in this war on sin is to realize your identity in Christ and that if you have trusted Him as your Savior then He has given you the Holy Spirit to help you wage your war.  Just like we alluded to earlier, this is where your true power towards victory comes from.  Ephesians 1:4-14 describes perfectly this identity we have in Christ.  1) vs. 4, We are chosen in Him 2) vs. 4, We are to be holy and blameless before Him 3) vs. 7 We are redeemed in Him 4) vs. 11 We have obtained an inheritance in Him. 5) vs. 13 We are sealed with the Holy Spirit.  How can we  not win this war, if we have fully realized our position in Christ?  As the Apostle Paul writes in his Roman epistle, “But put on the Lord Jesus Christ, and make no provision for the flesh, to gratify its desires.” Romans 13:14 ESV Every morning we wake up, our goal should be to “put on Christ” so that we are “clothed with the armor of light” and prepared to face the battle of the day.

Redpath tells us to declare total war in our souls, “against everything that has not yet been judged, condemned, and confessed before God.”  As Pastor Piper concludes, “So immerse your mind and heart in the fountain of truth and life and power – the promises of God, and when the temptation comes, take this all-satisfying word, this sword of the Spirit, and believe it, and by it sever the root of sin. Kill it.”  Isn’t it time to make war Christian?  If you don’t pick up the sword of the Spirit, the Bible, and engage in war, you will be swept away when the more difficult battles begin.  There is no sideline in warfare, the battle rages on and you can either be a casualty or a victor.

*Given the alliance of Piper and Rick Warren, please see the warning post here: Red Skies In the Morning 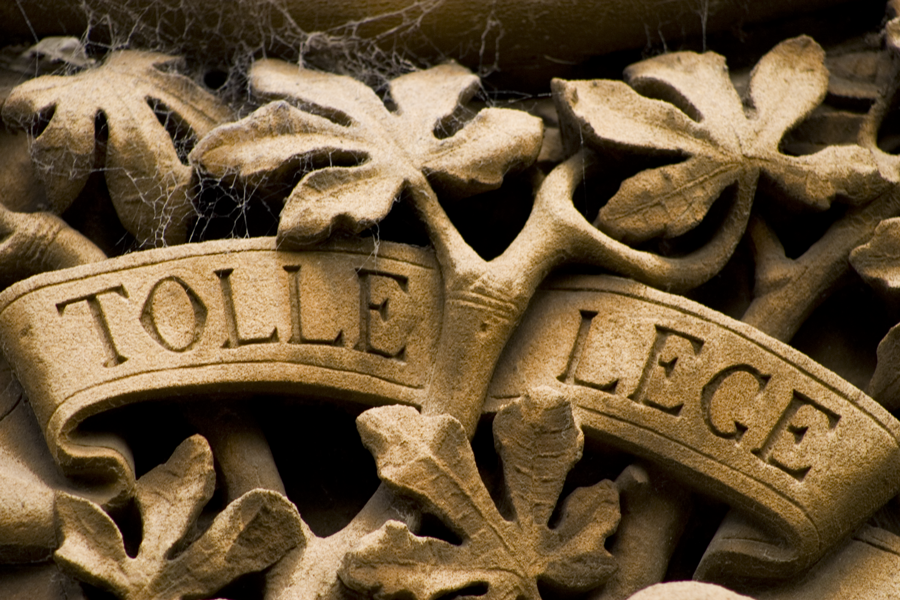