The history of Christianity has held without apology to the exclusivity of Christ, namely that Jesus Christ, the Son of God, being God Himself is the only, i.e. exclusive, path to God. In short, familiar language it might be phrased, “Jesus is the only way to heaven.” To see this, we needn’t immediately jump to the New Testament, though we could. Instead, we may turn to the beginning, of creation that is, to see Jesus, the Promised seed of God as the only hope for mankind to be redeemed from their sin and have their relationship with God restored.

Many people today have given themselves over to the view that “All paths lead to God” arguing that you’re ok and I’m ok as long as we do good and live right. But this assumes a variety of errant thoughts not the least of which is a denial of the authority and truthfulness of Scripture. It is here we must turn if we are rightly to understand the exclusivity of Christ.

In Genesis 3 we read of the familiar account of Adam and Eve in the garden.

“1Now the serpent was more crafty than any other beast of the field that the Lord God had made.

He said to the woman, “Did God actually say, ‘You shall not eat of any tree in the garden’?” 2 And the woman said to the serpent, “We may eat of the fruit of the trees in the garden, 3 but God said, ‘You shall not eat of the fruit of the tree that is in the midst of the garden, neither shall you touch it, lest you die.’” 4 But the serpent said to the woman, “You will not surely die. 5 For God knows that when you eat of it your eyes will be opened, and you will be like God, knowing good and evil.” 6 So when the woman saw that the tree was good for food, and that it was a delight to the eyes, and that the tree was to be desired to make one wise, she took of its fruit and ate, and she also gave some to her husband who was with her, and he ate. 7 Then the eyes of both were opened, and they knew that they were naked. And they sewed fig leaves together and made themselves loincloths.

8 And they heard the sound of the Lord God walking in the garden in the cool[c] of the day, and the man and his wife hid themselves from the presence of the Lord God among the trees of the garden. 9 But the Lord God called to the man and said to him, “Where are you?” 10 And he said, “I heard the sound of you in the garden, and I was afraid, because I was naked, and I hid myself.” 11 He said, “Who told you that you were naked? Have you eaten of the tree of which I commanded you not to eat?” 12 The man said, “The woman whom you gave to be with me, she gave me fruit of the tree, and I ate.” 13 Then the Lord God said to the woman, “What is this that you have done?” The woman said, “The serpent deceived me, and I ate.”

14 The Lord God said to the serpent,

“Because you have done this,
cursed are you above all livestock
and above all beasts of the field;
on your belly you shall go,
and dust you shall eat
all the days of your life.
15 I will put enmity between you and the woman,
and between your offspring and her offspring;
he shall bruise your head,
and you shall bruise his heel.” Genesis 3:1-15

Immediately, it is important to come to terms with the truthfulness that Scripture establishes concerning the historical reality of Adam and Eve. It’s clear that they were actual people whom God created and that all mankind can trace their lineage back to them. This is the elementary truth that secularism tries to destroy in the name of science in order to avoid accountability for sin and the judgment of God, but it simply cannot be denied. The historicity of Adam can be readily found in the numerous genealogies of Scripture (which is why they are there, to establish the validity of the line of Messiah); see Genesis 5; 1 Chronicles 1-9; Luke 3:23-38.

Additionally, the prophet Hosea through the divine inspiration of the Spirit, draws a relationship between Adam’s disobedience and the disobedience of Israel and Judah, “But like Adam they transgressed the covenant; there they dealt faithlessly with me.” Hosea 6:7 If Adam is not real, then one has to arrive at a different origin for the entire nation of Israel and has to then make sense of the correlation made between Adam’s covenant unfaithfulness in the garden and Israel’s covenant unfaithfulness as a nation. In similar fashion, Romans 5 provides yet another example of the historicity of Adam and again shows a parallel relationship with Adam’s sin though this time the counterpoint is Christ

12 Therefore, just as sin came into the world through one man, and death through sin, and so death spread to all men because all sinned— 13 for sin indeed was in the world before the law was given, but sin is not counted where there is no law. 14 Yet death reigned from Adam to Moses, even over those whose sinning was not like the transgression of Adam, who was a type of the one who was to come.

18 Therefore, as one trespass led to condemnation for all men, so one act of righteousness leads to justification and life for all men. 19 For as by the one man’s disobedience the many were made sinners, so by the one man’s obedience the many will be made righteous. 20 Now the law came in to increase the trespass, but where sin increased, grace abounded all the more, 21 so that, as sin reigned in death, grace also might reign through righteousness leading to eternal life through Jesus Christ our Lord.

Here we see that because of Adam’s sin, condemnation came to all men and this is an inclusive term to include all mankind. That means every single individual person who has ever lived, because of their relationship to Adam, are condemned. Though alive, are spiritually dead, alienated from God and under His wrath of God. All people, regardless of the religion with which they identify or the race/origin/color/sex that they claim, all. All are condemned in Adam. Jews, Muslims, Hindus, Secularists, Atheists, Agnostics, Nominal (in-name only) Christians, Villagers on a remote island. All. In Adam. Condemned.

With this in mind, we now return to our original passage from Genesis 3 and can better feel the weight of the actions committed by Adam and Eve in the garden. Literally billions of people condemned because of a single act of rebellion against a holy God. Let that sink in the next time you think God doesn’t take the “smallest” of sins seriously. He is infinitely holy and the slightest of sins is enough to condemn the entirety of mankind.

Certainly God knew the outcome, that so many would be born condemned because of this treasonous act. Certainly God would have been just to simply destroy creation at the fall, never to allow sin’s progression or its guilt and condemnation to advance beyond the Garden. But this was not the plan of God. As He justly delivers the sentence to the serpent and Adam and Eve, we read the following verse:

As has been noted before, here in Genesis 3:15 is the “first Gospel”, the first message of good news. It is hope in the midst of despair because God 1) Lets Adam and Eve know they will have offspring, not suffering immediate physical death and 2) Lets them know that there will be retribution and redemption that comes through the offspring of the woman. This is precisely what we read about in Romans 5 above and precisely what we likewise see in 1 Corinthians 15:21-22, “21 For as by a man came death, by a man has come also the resurrection of the dead. 22 For as in Adam all die, so also in Christ shall all be made alive.”

The only hope for all of mankind is the seed of the woman, namely the Lord Jesus Christ. The only hope to overcome the condemnation that came to man through Adam, is by way of the second Adam, the Messiah who perfectly obeyed the commands of God, suffered death on the cross under the wrath of God for sinners, and overcame death through His resurrection, now ascended into heaven and seated with power and glory at the right hand of the Father. The hope is exclusively His. All authority has been granted unto Him and He alone commands the way to God “I am the way, the truth, and the life. No man comes unto the Father but by me” John 14:6

There is simply no other way. Not through Islam, nor Buddhism, nor Judaism, nor Atheism, nor Secularism, nor any other works based religious system, but exclusively through Christ by faith in Him alone. This message is offensive because it assaults the independency of man and his innate desire to earn his own righteousness. It is offensive because we live in an age of tolerance and “Coexist” stickers that wants to see everyone make it to “heaven” through whatever path they choose, ultimately not for their own good but spun out of a self-preservation mentality that takes comfort in saying “my way is ok, so yours must be too.” Either that is a lie or the Son of God is lying when He claims exclusivity. Perish the thought. It is in Christ alone that salvation comes through repentance of sin and faith in Him. There is only one path to God and it is entered into by the narrow gate of Christ. This path is narrow, difficult, and blazed by Christ Himself. “Whoever believes in the Son has eternal life; whoever does not obey the Son shall not see life, but the wrath of God remains on him.” John 3:36 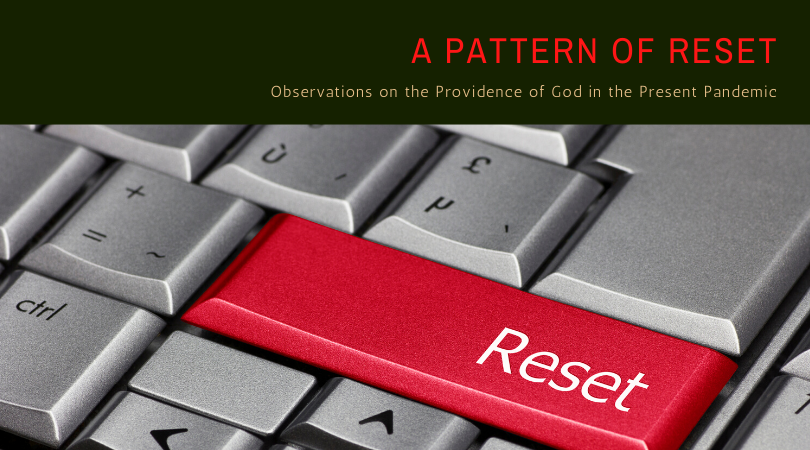